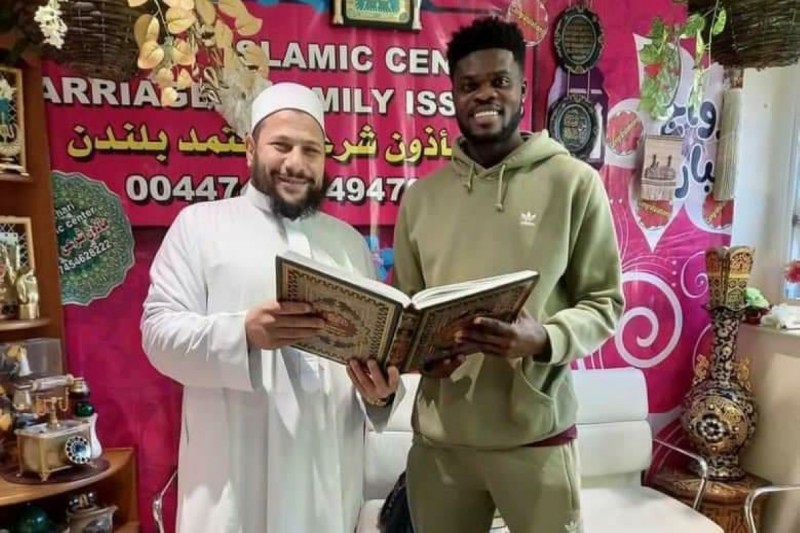 Thomas Partey has changed his name to Yakubu after converting to Islam following his recent marriage to Moroccan Sara Bella.

However, despite the name change, the midfielder will still be referred to Partey when playing for Arsenal.

“I have a girl I love, I know my side chics will leave me but it’s no problem.“

“I grew up with Muslims so at the end of the day it is the same thing. I am already married and my Muslim name is Yakubu”.

After tying the knot with Bella, Partey has further devoted himself further to Islam by now taking on the name Yakubu.

The recent development about Partey comes after he was given a chieftaincy title in his hometown of Odumase Krobo, Ghana.