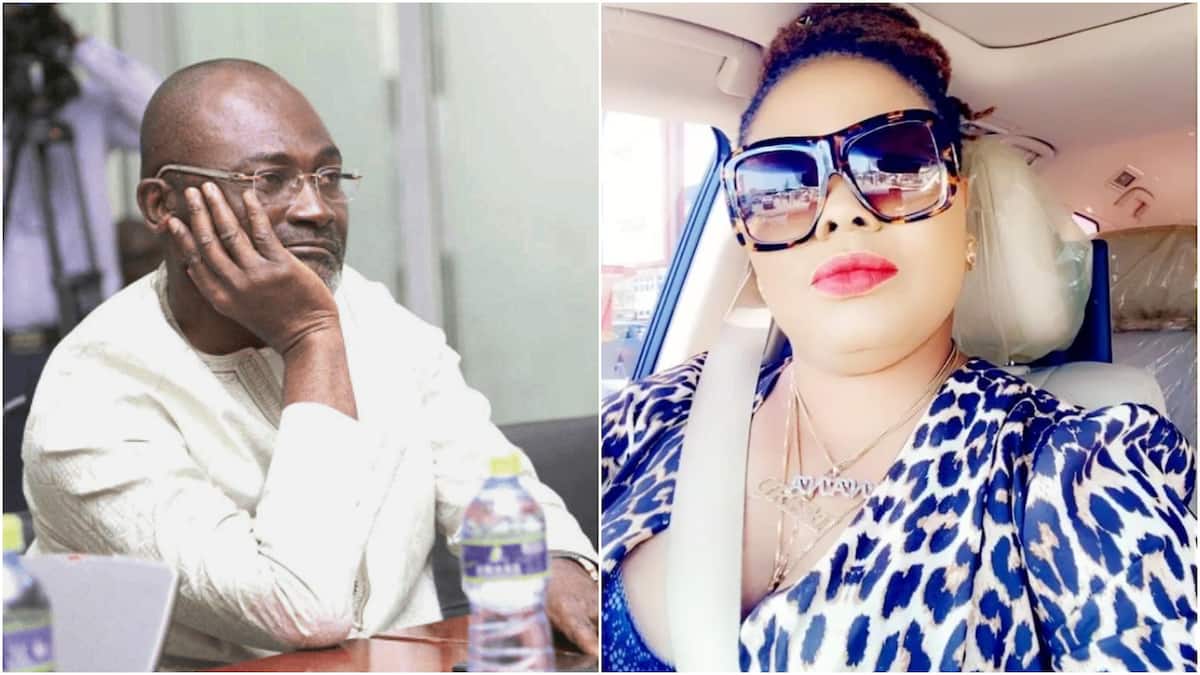 Kennedy Agyapong has been exposed by Nana Agradaa, calling him out for divulging a secret she discussed with him on the radio and also claimed to have previously assisted him in her Sika Gari business.

In response to Kennedy Agyapong’s assertion that Nana Agradaa had promised her that he would cease doing Sika Gari, Nana Agradaa explained that he had made a promise to give her a job so that she could quit performing Sika Gari but had never followed through on it.

Nana Agradaa claims that Kennedy Agyapong and a few other people have benefited from the Sika Gari they are attempting to use against her because she purchased cars from that for his nephew and other clients, proving that he has already benefited from that.