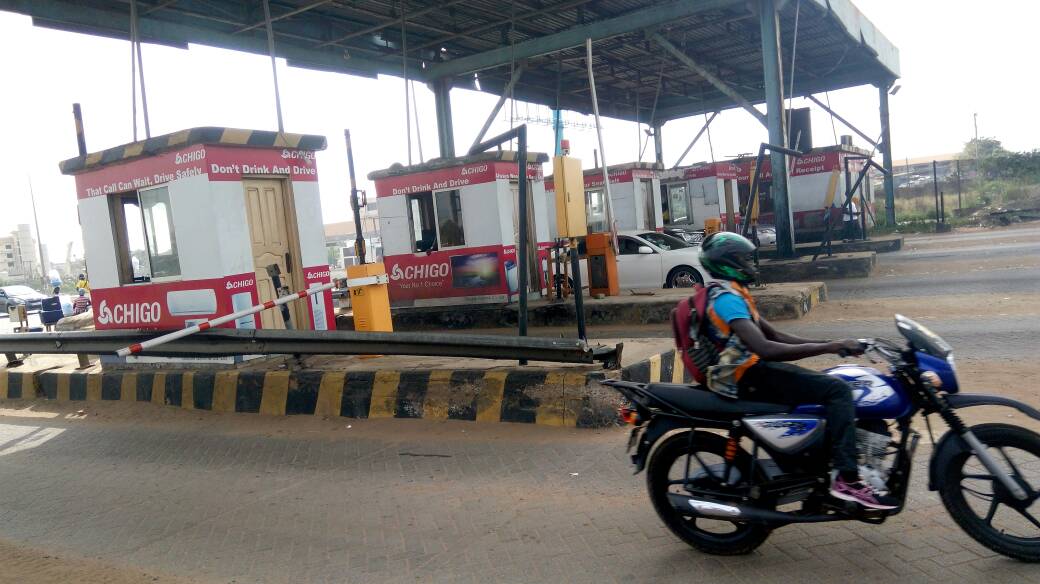 Some former toll booth attendants in Accra massed up at the Ministry of Roads and Highways on Thursday, May 12, 2022, to demand the payment of their five-month salaries and reassignment.

It followed government’s directive that the collection of road and bridge tolls at all locations nationwide should be stopped.

Government assured to reassign the attendants and continue paying them their salaries during the waiting period, but the government has reneged on its promise.

This rendered many, including physically challenged persons, jobless.

The workers are thus reiterating calls for government to fulfil its promise by giving them jobs or else they will spend their nights at the premises of the Ministry of Roads.

“I have been sitting at home for a while now with no money. I have not been able to pay my rent. So today, I am not leaving here if there is no good news. Some of my colleagues are persons with disabilities who have families. We are not leaving here with no jobs. We are here to sleep.”

The government has said the tollbooth workers would be retrained and reassigned, and that none of them will lose their jobs, as they would continue to withdraw their salaries.

“Our next line of action will be after we have heard from our leaders who have gone to meet the Ministers”, another aggrieved worker said.

The Ministry of Roads and Highways directed the discontinuation of the collection of tolls on all public roads and bridges across the country from Thursday, November 18, 2021, at 12:00am.

The directive followed the announcement by the Finance Ministry of the scrapping of tolls on all public roads.