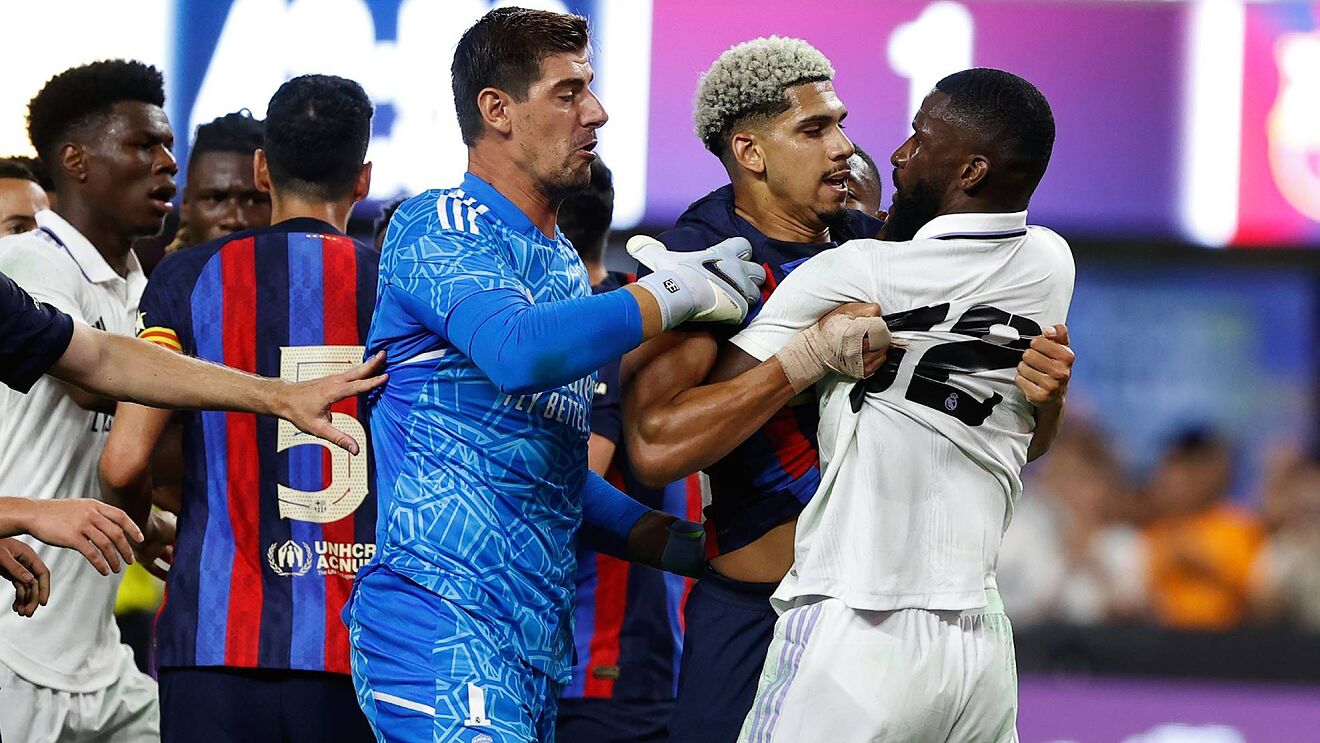 Rudiger’s brother and agent: We’ve had contact with Real Madrid since 2016

The agent tells how the transfer was finalised

The brother and agent of new Real Madrid defender Antonio Rudiger has discussed the background of the German international’s transfer.

The player moved from Premier League side Chelsea after his contract with the Blues expired and he received an offer from Real Madrid.

Sahr Senesie has given a detailed account of how the centre-back’s move to Real Madrid came about.

Rudiger’s brother and agent, Sahr Senesie, has given a detailed account of how the centre-back’s move to Real Madrid came about. He also revealed that Real Madrid wanted him in 2019, but that the FIFA sanction against Chelsea, who have been banned for two transfer windows, meant that the defender stayed with the Blues.

“At the beginning there is contact from the club, information is exchanged. The key people in the club then talk about it internally. Then, the second time, they convey their interest and ask if the player would also be interested,” he told Kicker.

“In that second step, you could already talk about numbers, what you imagine. You can answer that or wait for a conversation at a table and negotiate it there.”

“In any case, the next step is to involve the coach, and if a conversation with the player is desired, it will take place. Finally, there is the legal component.”

Madrid wanted him in 2019
“The contact was directly with Real Madrid, not with him, but with the management,” he said. “No complications arose, as we had been in contact with the club since 2016.

“The interest materialised in 2019, before Chelsea’s transfer ban came in and Antonio didn’t want to force a transfer out of respect for Chelsea officials. Chelsea would not have been able to sign a replacement for him at that time.”

Carlo Ancelotti
“I have been in close contact with Carlo since 2018, from Napoli. Carlo explained to him how he conceives the whole thing in sporting terms. Toni liked that. It was a very good conversation and it further reinforced his good feeling,” Senesie said.

Doubts in the first months of 2022

“Initially we continued with the strategy of waiting. ‘Keep calm and play good football’,” I told him. But after two months of uncertainty, also in view of Chelsea’s new owners and their ideas, two or three big European clubs pushed for a decision,” he said.

“So we had to reassess the situation, which Toni didn’t know yet. Then he communicated very clearly to his coach Thomas Tuchel that he wanted to leave after having to decide between waiting with a lot of uncertainty until maybe June or moving to Real Madrid.”