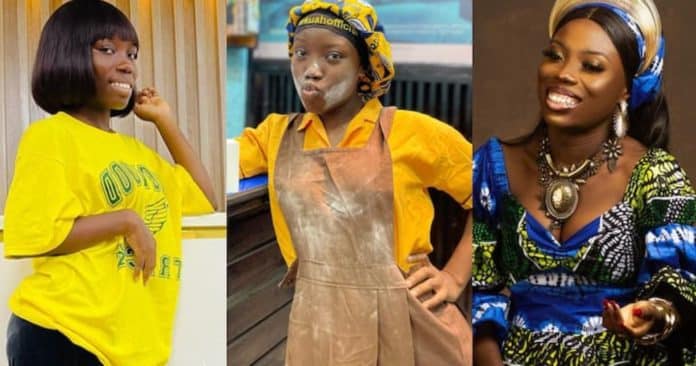 Ghana’s most-followed Tiktoker Erkuah Official born Janet Offei has exclusively revealed that she has made over GHc200,000 from the Tiktok.

The Tiktok star made this revelation during an interview with Delay on her Delay Show where she opened up about her journey to becoming the most followed TikToker in Ghana and the benefits that have come with it.

According to the 22-year-old University of Ghana Political Science student, the money she has made from Tiktok is overwhelming thanks to the opportunities the platform brings.

In the course of the interview, Janet Offei also revealed that the highest amount of money she has made from a brand deal was GH?30k.

According to her, she has saved a good sum of the money and has been able to rent a single room self-contained apartment in the Greater Accra Region.

With over 2.3 million followers, she is the most followed Ghanaian TikToker and she attributes it to the fact that her style is unique.