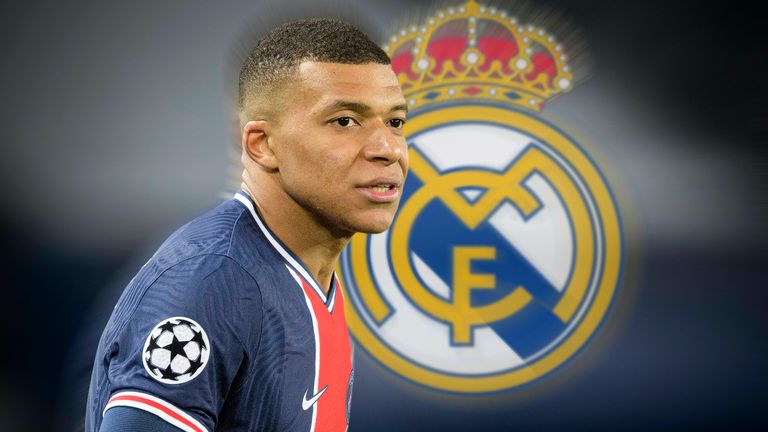 Kylian Mbappe announced that he had made a decision over his future at Sunday night’s UNFP (the French Professional Footballers’ Union) gala.

The French forward will move to Real Madrid on a free transfer this summer after a full agreement was reached last week.

Everything that had been spoken about over previous months was agreed, and Mbappe has successfully resisted Paris Saint-Germain‘s pressure to sign a new deal.

Florentino Perez‘s tactic over the course of season has been clear. He has ensured that Los Blancos have remained in the shadows, trusting in Mbappe‘s dream to play for the club.

The Real Madrid president has avoided making direct contact with the 23-year-old, even though he could have done so from January 1.

Mbappe visited Madrid at the beginning of last week, and Monday and Tuesday were the two days when it became clear that an agreement would be reached.

Real Madrid‘s general director, Jose Angel Sanchez, took the reins of the negotiations and made it the club’s priority to do everything possible to close the deal.

Mbappe agreed to join the club, and his representatives asked Real Madrid to wait until they had finalised the deal with PSG before taking the next step.

Real Madrid will remain quiet and wait until the player himself confirms that his time at PSG has come to an end, and that his Los Blancos dream will become reality.

The cost of signing Mbappe on a free transfer will pale in comparison to the 200 million euros that they offered for him last summer.

PSG need to invest in their squad this summer, and they will have no money from Mbappe‘s departure to do so.

Mbappe will sign a five-year deal, alongside a multi-million release clause. His salary will be lower than what PSG were offering him.