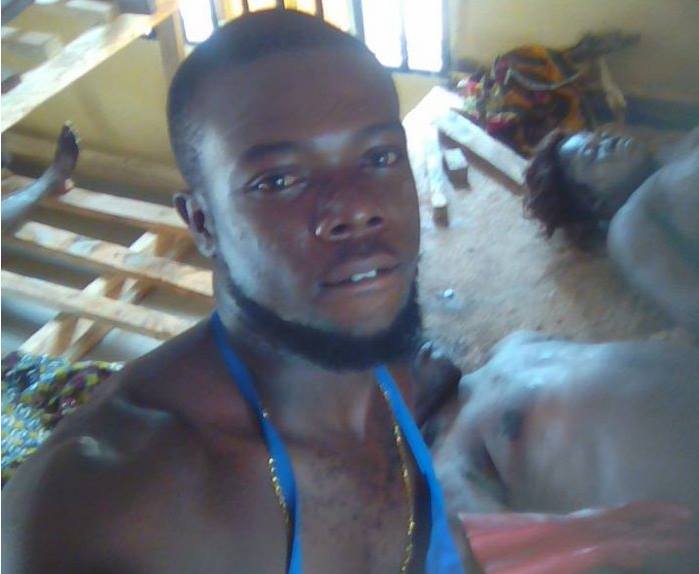 A mortuary attendant has left many people guessing the kind of activities that take place in morgues after he seen taking sefies with the dead.

Ringtone’s ‘Usichague Kazi’ hit song encourages people not to be selective when searching for jobs – but after seeing a mortuary attendant take selfies with bodies I don’t think most people would want such kind of a job.

Most people feel sick with apprehension when the word mortuary is mentioned, only a few are bold enough to walk into a morgue.

A Nigerian mortuary attendant, Val Don-zima, has fueled rumors and misconceptions about mortuaries after he was seen talking selfie with dead bodies.

Don-zima took to Facebook to share photos he took with dead bodies, he said he was just carrying out some experiments.