‘And I said to the man who stood at the gate of the year:
‘Give me a light that I may tread safely into the unknown.’
And he replied:
‘Go out into the darkness and put your hand into the Hand of God. That shall be to you better than light and safer than a known way.’
‘So, I went forth, and finding the Hand of God, trod gladly into the night. And He led me towards the hills and the breaking of day in the lone East.’ 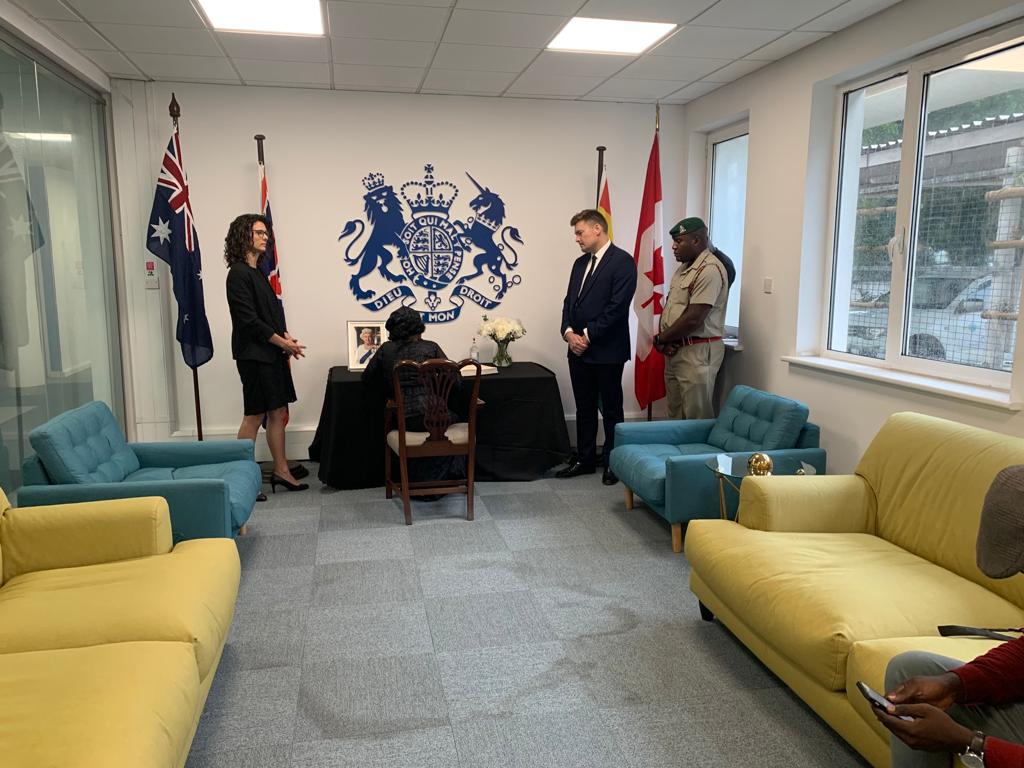 These words struck a chord with Nana Konadu when she signed a book of condolence in memory of Queen Elizabeth II, at the British High Commission in Accra on Monday.

Nana Konadu Agyeman-Rawlings prayed for the soul of the departed British monarch and said both Ghana and the Commonwealth were mourning the loss. While expressing her deepest condolences to King Charles III she also prayed for eternal rest for the departed Queen.

British High Commissioner, Madam Harriet Thompson, was grateful Nana Konadu had found time to sign the book of condolence and commiserate with the government and people of the United Kingdom.
Post Views: 307