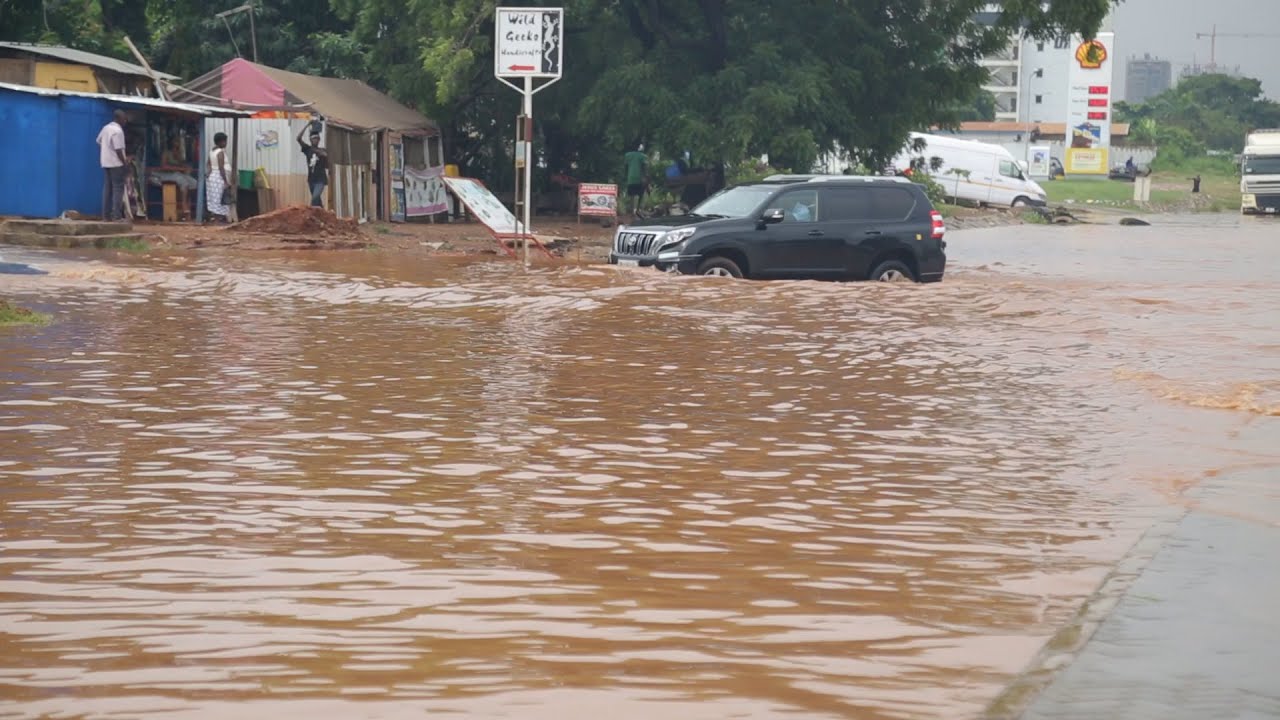 Heavy rains on Tuesday morning destroyed properties in some parts of Accra and Tema.

Trees fell across some roads posing danger to motorists.

The police said “Due to the downpour since last night and this morning we are urging the public, especially those in Accra and Tema to be cautious during their commute.

“School authorities and parents are also advised to pay extra attention to school children who are already in school and those who are still trying to make their way to school. Police patrol teams have been deployed and are on the ground to ensure the safety of all.

“We remain committed to working with other safety stakeholders to offer the needed assistance.”

Meanwhile, about twenty have been rescued by the Greater Accra Regional Directorate of the National Disaster Management Organization (NADMO) on Tuesday during the downpour.

The victims were rescued in areas such as Dansoman, Odorkor and Dzowulu.

The Greater Accra Regional NADMO Director, Archibold Cobbina, made the revelations in an interview with 3FM’s Sunrise on Tuesday hosted by Alfred Ocansey.

“A lot of areas have been flooded. Areas like Ledzokuku, some parts of Tema, Sakaman, parts of Spintex road, Odorkor, Circle, Kaneshie First Light, among others”, he explained.

Mr. Cobbina said “about twenty people have been rescued around Dansoman, Odorkor, Dzowulu but others are also in other parts for the same rescue mission”.

“What we are trying to do is recuse them”.

The NADMO Director noted that “when they see that it is raining, that is where people bring out refuse and dump them into the raining waters”.

“People have dumped refuse right in the middle of the road at Sakaman”.