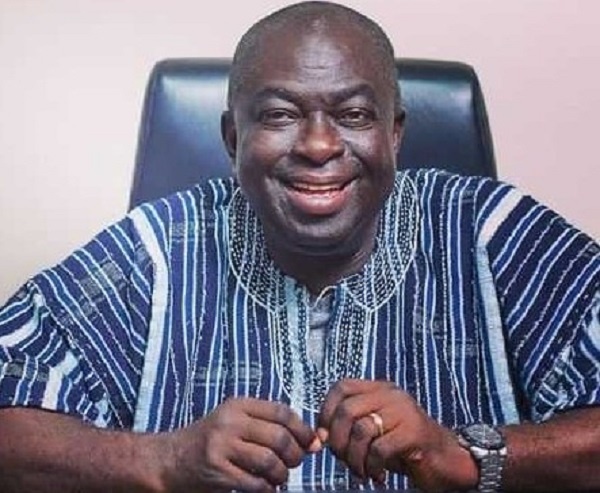 According to the defeated Ashanti regional Chairman-hopeful, the electorate in the region particularly NPP sympathizers are not impressed with the performance of the ruling government in addressing developmental needs of the region.

Speaking to GHOne News, the former Member of Parliament for the Ejisu Constituency said, “I toured all the 47 Constituencies in the region ahead of the NPP Ashanti delegates conference and the signals were clear, our people are disappointed. This means if elections are to be held today we may not meet our expectation,’’ he said.

He said, if the NPP fails to improve road networks in rural constituencies which contribute heavily to its electoral votes such as Manso Adubia, Kwabere among others they may not even have the courage to campaign for their votes.

“I think the reelected Chairman Wontumi and the regional minister Simon Osei Mensah must develop a strategy to address the road networks in the region which remains a critical need of the people. Although we can’t fix every road in the region, we need to team up with our constituency executives to identify critical roads that need immediate attention . We should forget about breaking the 8’’ he warned.

He pledged his unflinching support to the current elected regional executives Chaired by Bernard Antwi Boasiako known as Wontumi to win the 2024 elections.

“ It was my wish to lead the party into election 2024 but the delegates thought otherwise. All the elected members are capable of delivering the success of the party, however, what they need is the support of the entire party members. Therefore I’m committed to supporting them in any way I could’’ he assured.

Meanwhile, a reconciliation exercise has been initiated by the re-elected Chairman of the party to unite the party.

Speaking at a breakfast meeting in Kumasi Chairman Wontumi urged all the defeated candidates from the polling station level, Constituency to regional to forgive each other irrespective of the lies and offensive language that may have been used in the heat of the campaign.

“After the election I have taken the lead by visiting all the aspirants who contested me; this means I hold nothing against any person. Please forgive ourselves for unity of purpose. Those who contested me, I know you have a plan for the region. My doors are open to every suggestion and strategy’’ he said.