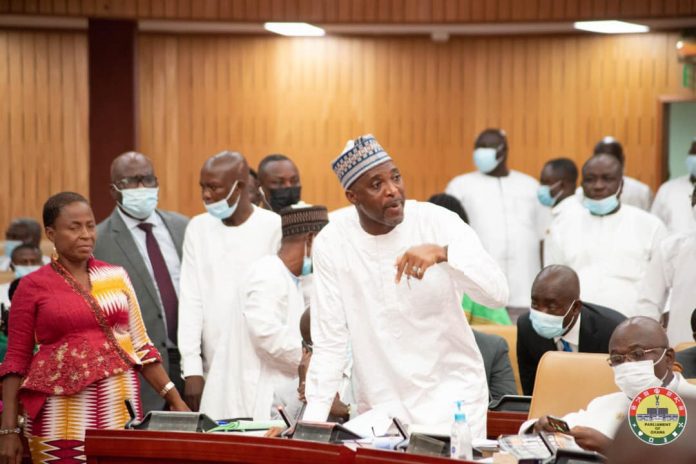 Public Democratic Congress (NDC) Member of Parliament for Asawase, Muntaka Mubarak has tested the choice by the Speaker of Parliament Alban Bagbin to allude three New Patriotic Party (NPP) MPs to the honor’s board of trustees of Parliament.

Mr Bagbin during procedures on Tuesday April 5 alluded the NPP MPs subsequent to getting a request against them for absenting themselves from Parliament without authorization for in excess of fifteen sittings.

In any case, Muntaka challenged the Speaker’s decision and said on the off chance that the choice is permitted to stand, it will set a perilous priority which can be utilized by a “tyrant speaker” in future to hurt administrators.

“Assuming that we permit this to stand it will become point of reference, tomorrow it might sting we all,” he said.

In any case, answering to Muntaka’s accommodation, the Speaker protected his choice saying “You don’t believe that speaker should be a despot however you are ready to make space for advisory groups to be tyrants. At the point when the advisory group concludes then that is all there is to it.