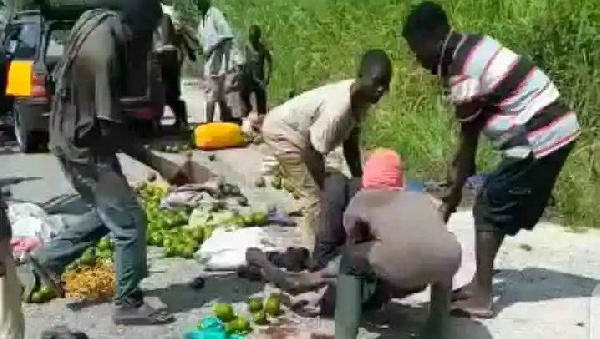 Two persons have been reported dead in an accident that occurred at Kumawu-Woraso in the Ashanti Region.

According to a Daily Guide report, the two were part of a group of farmers returning from their farm when the accident occurred.

Sitting on top of a tricycle popularly known as ‘Aboboyaa’ packed with farm produce, the tricycle is said to have bumped into a pothole causing it to skid off the road and somersault into a nearby bush.

The deceased victims are said to have died on the spot while four other victims who survived the accident have been receiving treatment for injuries sustained.