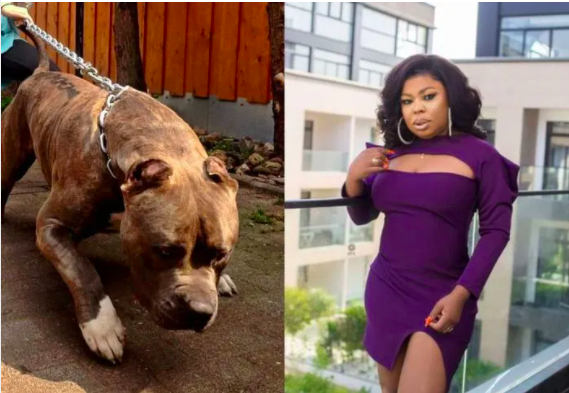 It appears lawyer Maurice Ampaw has been vindicated of his claims that actress and comedienne Afia Schwarzenegger has had sexual intercourse with a dog.

This follows a leaked audio tape going viral on social media, which is said to be the voice of Diamond Appiah snitching on her best friend over her issues with Chairman Wontumi and the lawyer

In the secret audio that has surfaced, Diamond Appiah could be heard labelling Afia Schwarzenegger as a joke for invoking curses on her titled floor at home.

Diamond deciphered what Afia Schwarzenegger said in her video and concluded that she did not deny Lawyer Ampaw’s claim that she slept with a dog but instead twisted her words to make it seem so.

Well, in the middle of the brewing beef between Afia Schwar and Diamond Appiah, the loudmouth comedinne who’s currently outside the country has dropped a new chilling video of herself to notify critics that she doesn’t care about the ongoing name and reputation tarnishing.

Literally, Afia Schwar is trying to tell the attackers clamouring for her disgrace that she doesn’t care although she’s currently No.1 on the trends list after Nana Tornado dropped Diamond Appiah’s audio a few hours ago.

She simply captioned her video as “We outside”

We are hopeful that at the appropriate time, Afia Schwar will properly smear pepper on Diamond Appiah for either telling lies or dropping her deep secret on the internet but before then, watch the video below to brace yourself for the main event.