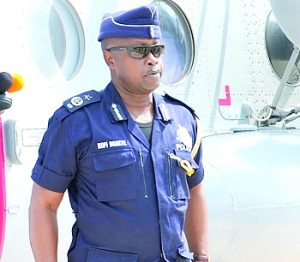 Personnel from the Accra Regional Police Command have apprehended a man who is alleged to be using the name of Commissioner of Police (COP) Nathan Kofi Boakye, Director -General in charge of Legal and Prosecutions of the Ghana Police Service, to perpetrate fraud.

The suspect, Ernest Bondzie Arthur, 36, unemployed, is reported to have swindled two people of GH¢8,000 under the pretext of getting them enlisted into the Ghana Police Service.

According to the police, he reportedly collected the money from his victims in Accra recently during the ongoing recruitment exercise and absconded.

The Public Relations Officer (PRO) of the Accra Regional Police Command, Deputy Superintendent of Police (DSP) Juliana Obeng, confirming the arrest to the DAILY GUIDE, said the complainants got to know the suspect in 2014 and 2021 respectively.

“In the recent police recruitment exercise, the suspect told his victims he had contact with the senior police officer COP Boakye, through whom he could get them enlisted into the service,” DSP Obeng disclosed.

DSP Obeng said both victims showed interest in the recruitment and paid GH¢2,000 and GH¢6,000 respectively to the suspect, adding “after collecting the money, the suspect absconded and failed to answer the calls from the complainants and so a report was lodged with the police.”

Total Oil has increased the price of diesel per litre from 6 cedis 85 pesewas to 7 cedis 05 pesewas on Sunday January 16.

The price of Petrol has also been increased from 6 cedis 80 pesewas to 6 cedis 99 pesewas per litre.

Percentage-wise, a litre of Diesel at Total’s service stations in the country has gone up by 2.91 percent per litre and 2.79 percent for the price Petrol per litre.

The upward adjustments come after the Chamber of Petroleum Consumers (COPEC) had predicted that prices of petrol and diesel were expected to surge by 3.7% and 2.5% respectively.

In nominal terms, COPEC said, ex-pump prices of petrol and diesel were expected to increase by 24 pesewas and 17 pesewas respectively.

“The average surge for both products in nominal terms is 20 pesewas representing 3.1%. Some Oil Marketing Companies (OMCs) could increase their prices less than the 20 pesewas increase due to competition,” a statement issued by COPEC indicated on Monday January 3. 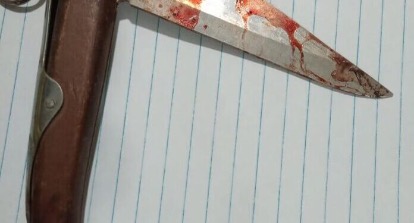 The Police Officer was on duty at the said Police Station when he received a complaint from one Yaw Amankoma.

The Police officer went to arrest the said suspect, on reaching the frontage of the Police station, the suspect who was armed with a knife hidden in his pocket attacked and stabbedy the Police officer severely on the neck and other parts of the body.

The officer was rushed to the Holy Family Hospital for treatment but died shortly on admission. A manhunt was launched in the Berekum township to track down the suspect and when he was found at his hideout at Komfuokrom, a suburb of Berekum, he again attacked and attempted to stab the arresting officers with the knife.

He was shot after several attempts to disarm him failed.

He was also sent to the Holy family Hospital for treatment but was pronounced dead on arrival.

Both bodies are deposited at the same Hospital Mortuary for preservation. The exhibit Okapi knife is retained for evidential purposes. 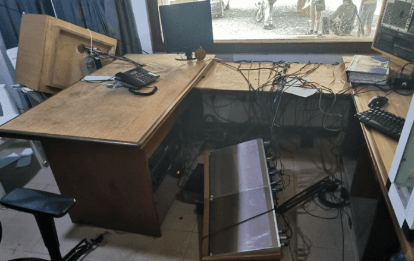 TheGhana Police has announced a GH₵ 10,000.00 Reward for Credible Information that will Lead to the Arrest of suspects who Vandalised Ada Radio Station.

A statement issued on Sunday January 16 said “The Police hereby urge the staff of Radio Ada, people of Big Ada and the general public to remain calm as we continue our investigations into the attack at the Radio Ada station on Thursday, January 13, 2022.”

Radio Ada 93.3 in the Greater Accra Region was reportedly attacked on the morning of Thursday, January 13 by a group of eight men, one of who was said to have been armed with a pistol.

A statement by management of the station says “two Radio Ada staff together with visitors to the station were held hostage during the attack”.

The management says, the attackers disclosed publicly their reason.

“The attackers openly declared that they had come to vandalise the station because of its Manor Munyu and other programmes discussing the recent developments in the Songor.  They threatened to inflict further havoc should the station continue with programmes on the Songor”, parts of the statement reads.

Meanwhile, the case has been reported to the Big Ada police while the beaten presenter was taken to the Ada East District Hospital for treatment. 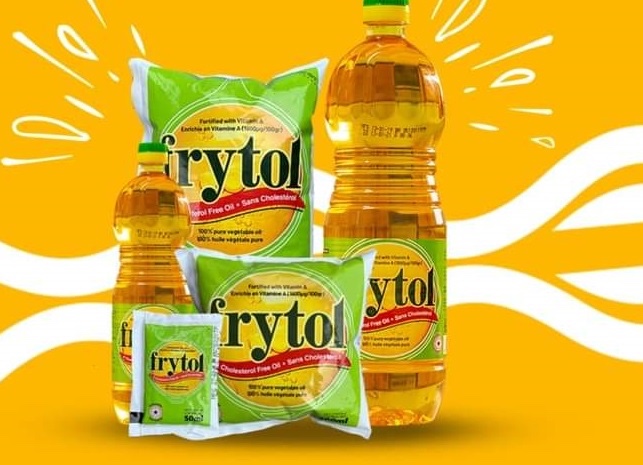 Wilmar Africa Limited, a producer of Frytol, has announced that it is ceasing operations in Ghana due to operational issues.

The company said in a statement that the government’s establishment of the benchmark policy caused them problems since unfair competition from substandard items overwhelmed them. It stated that it hoped the government would reverse its policy.

“This has made it extremely difficult for us to sell in the local market because foreign oils from Asia sell for a fraction of the price of our product.”

Our oil has a higher unit cost than imported oil because we have to account for all of the overheads in our cost structure. The government’s declaration that the duty discount on benchmark insurance will be reversed was welcomed. 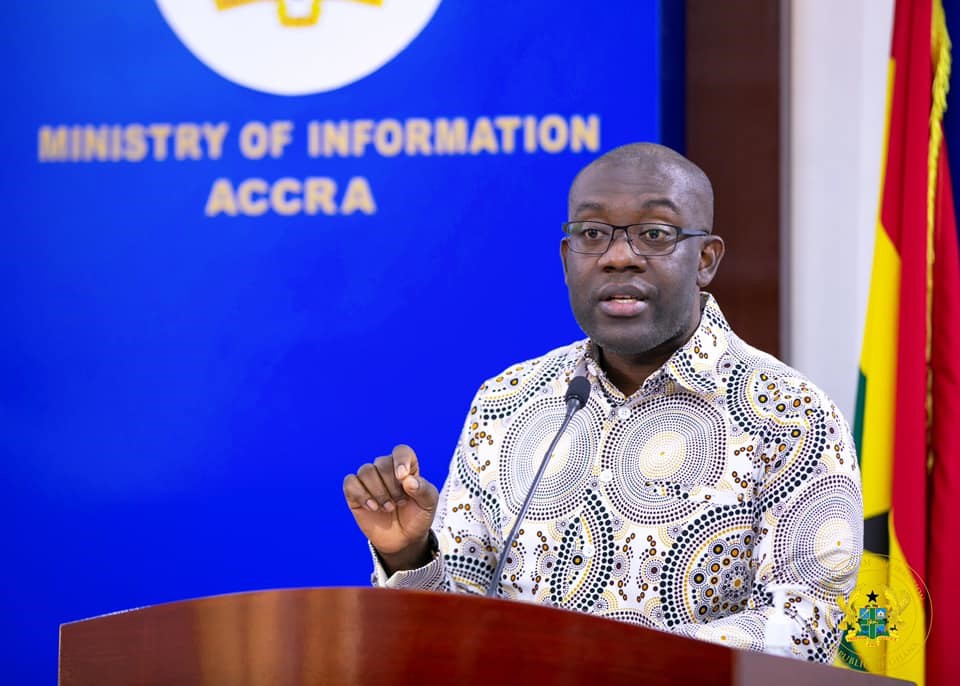 Information Minister, Kojo Oppong Nkrumah has insisted that the Electronic Transaction levy will be passed with Alban Bagbin presiding as Speaker of Parliament.

According to him the levy is a crucial revenue mobilization vehicle in order to respond to legitimate developmental demands of the population.

He said its important Bagbin chairs the process to see the approval of the bill.

Oppong-Nkrumah also stated that given the current economic circumstances, the government had little room to manoeuvre with respect to raising funds for development efforts hence the importance of the levy. 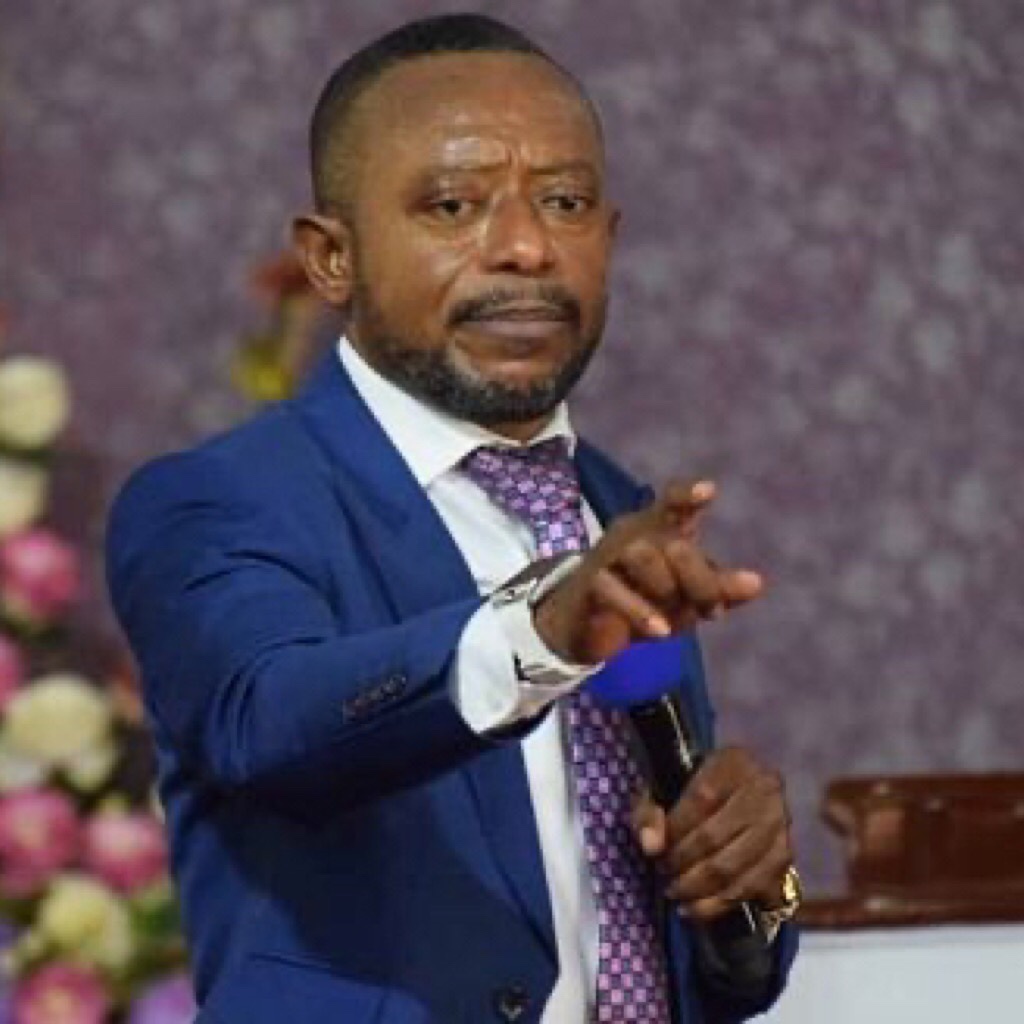 Reverend Isaac Owusu Bempah of the Glorious Word Chapel International has responded to a statement by Cardinal Peter Kodwo Appiah Turkson, urging on the Ghana Police Service to continue the crackdown on prophecies by Ghanaian religious leaders.

Rev Owusu Bempah observed that Cardinal Appiah Turkson is speaking from a position of ignorance as his area of God’s work differs from that of prophets.

He said that prophecies are part of the five areas where God calls his servants and that Cardinal Turkson cannot look down on prophets.

He said that anyone who believes in the Bible should trust the works of prophets as they are ordained by God to reveal futuristic things to His people.

“If we all believe in the Bible then we must believe in prophecies. With all due respect to the catholic priest, I don’t think he understands prophecies. He spoke from ignorant perspective. If Samuel was a Ghanaian, we would have said that he was dabbling in politics but Samuel was doing the work of God.

“Cars cause fear and panic more than anything but we still sit in them. I want to that priest to be careful. If you don’t know something, don’t talk about it. How can you know that someone is a bad boy. Who knows, maybe in the face God, that priest is also a bad boy. Only God can condemn human beings. 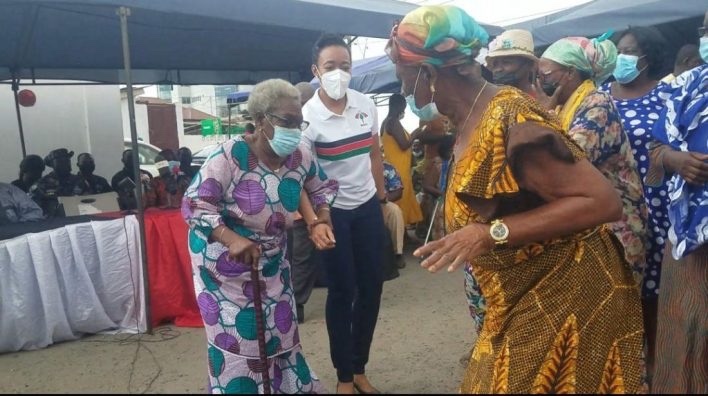 It was a moment of inspiration, fun and merrymaking when Member of Parliament (MP) for the Klottey Korle constituency, Dr Zanetor Agyeman-Rawlings met with some aged people in her constituency.

Over 500 aged constituents consisting of both males and females from Tudu, Okaikoi, North Adabraka, Asylum Down and its environs were treated to various forms of donations.

The wide smiles on their faces could not be compared to the dance moves they displayed in appreciation of the food items they received from their MP.

Despite the weary bodies and weak legs, the Osu Palace premise was at the mercy of the beneficiaries who challenged Dr Zanetor to a dance session.

As the rhythm of the party’s anthem and old-fashioned songs dominated the airwaves, the oldies rushed to the dancefloor to depict how they used to boogie during their youthful days. 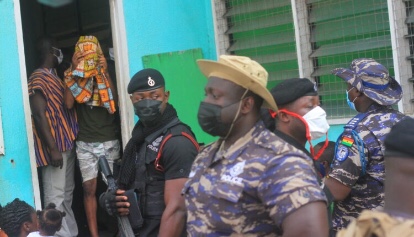 The Intelligence Unit of the Ghana National Fire Service, GNFS, together with the Ghana Police Service, GPS, have arrested a gang of fraudsters purporting to recruit the unsuspecting public into the GNFS.

In a video published on the official Facebook page of GNFS, some prospective applicants, about a hundred in number, gathered at Day and Night Hotel at Abeka Lapaz, a suburb of Accra, going through what was supposed to be a recruitment process in the early hours of Friday, January 14, 2022.

Some of the applicants told the Fire Service Officials that they have paid money to the tune of GHC7,000 or more to the fraudsters.

“I don’t know why they are all running,” a young lady was heard in the video telling the Fire Service officials.

When asked what she was doing at the place, she explained that she was at the said premises to wait for her uncle.

“Please I came here to wait for my uncle and a certain Police Officer came here and he was asking me why I was here…and I don’t know why they are running…,” the lady narrated.

Ten members of the gang were later arrested and taken to the Police Headquarters for further interrogation. 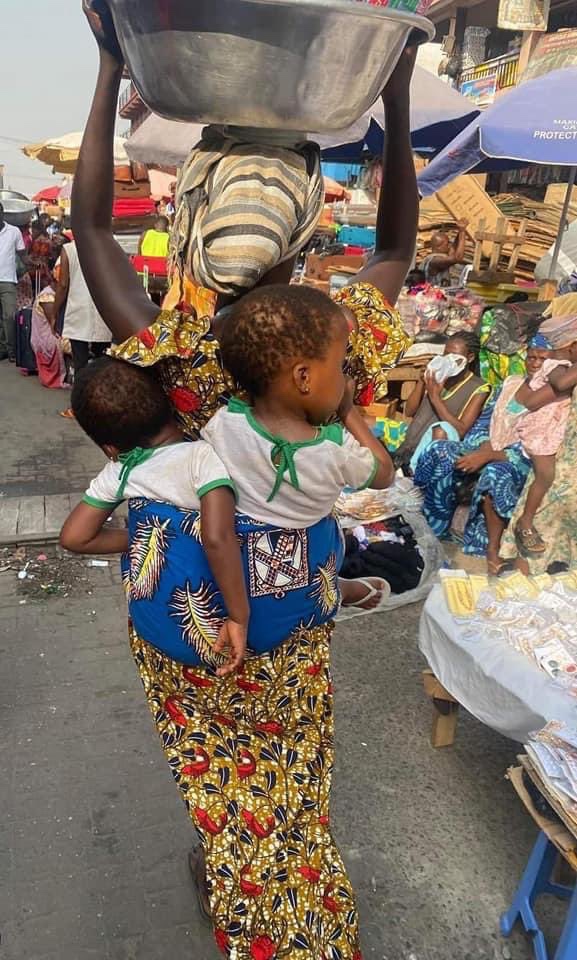 The trader who straps her twins at her back while working and was used by A Plus in reference to Psalm Adjeteyfio’s constant begging has found favour as musician Keche Joshua pleads for people to look for her for him.

The woman who used to compare Psalm Adjeteyfio’s predicament which has plugged him into constant begging had her twin strapped to her back while she walks to sell the water and drinks she carries on her head.

While many were passionate about wanting to know more about the lady, Keche Joshua in a post on Twitter asked for those who will come into contact with the woman to kindly help him locate her as soon as possible.

From his post, the musician is ready to help the woman set herself up as it was stated in A Plus’ post that the 500 and 1000 cedis Psalm Adjeteyfio calls it mere can do something meaningful for her.