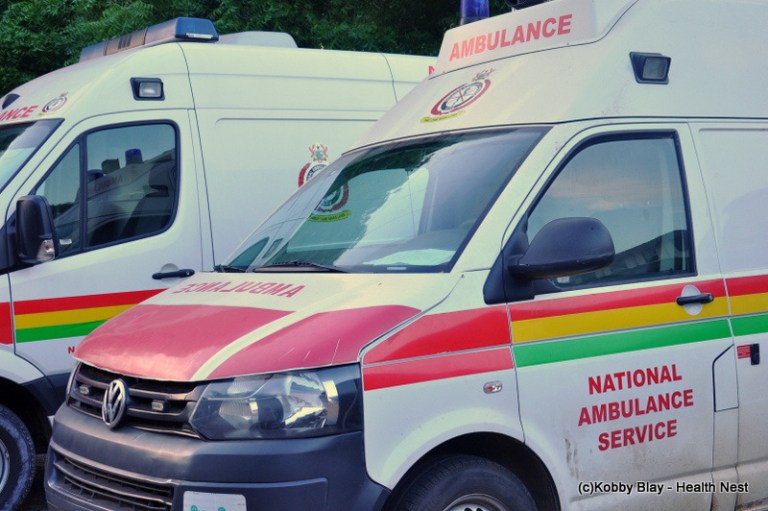 In a sad report, a 31-year-old woman has lost her life under bizarre circumstances.

Per a report by Starr FM, this woman is known as Augustina Awortwe and she lost her life in an ambulance after undergoing a cesarean session at the Holy Child Catholic Hospital in Fijai, a suburb of Sekondi-Takoradi.

She died as a result of her husband’s inability to pay for fuel for the ambulance at the hospital to transport her to the Korle Bu Teaching hospital in Accra.

The husband is identified as John Obiri-Yeboah, and he narrated the incident in a recent submission with Takoradi-based radio station, Empire News.

In his narration, he stated that his wife had reported to the hospital on January 3 expecting to give birth on Tuesday, January 4, 2022.

The report indicated that the man stated he left his wife in the care of her sister at the hospital as he left for his house at Shama Junction then the unexpected happened.

In his submission, he said;

“I was there when the sister called that my wife’s situation had become critical and they were preparing to transfer her to Korle-Bu, so I was surprised, a few minutes later I received a call , I think it was the Ambulance Service team asking where I was and I told them I was at Shama Junction, which they asked me to wait and later picked me.

They asked for 600 cedis to buy fuel, and I told them I don’t have such an amount on me.”

In his submission, he stated that he told the ambulance team to at least buy the fuel and later add the amount to his bill, however, the team refused.

The team had to stop the ambulance for a while before he later managed to provide them with GHC 50 which they used to purchase fuel.

The ambulance team then returned to the hospital at Fijai and upon their return, the medical team could not understand why the ambulance had returned.

The confrontation escalated into an argument between the medical team and the ambulance team, and later the hospital provided the money to purchase the fuel.

The argument delayed the journey for close to thirty minutes until matters were settled and they later set off for Korle-Bu Teaching Hospital in Accra.

Upon reaching Elmina, Mr. Obiri-Yeboah stated that the team informed him that his wife’s condition was becoming critical and she needed immediate medical intervention.

They then suggested sending her to the Cape Coast Teaching hospital and upon reaching the facility in Cape Coast, he was told his wife is dead.

Import from StarrFM Online was used for this report.