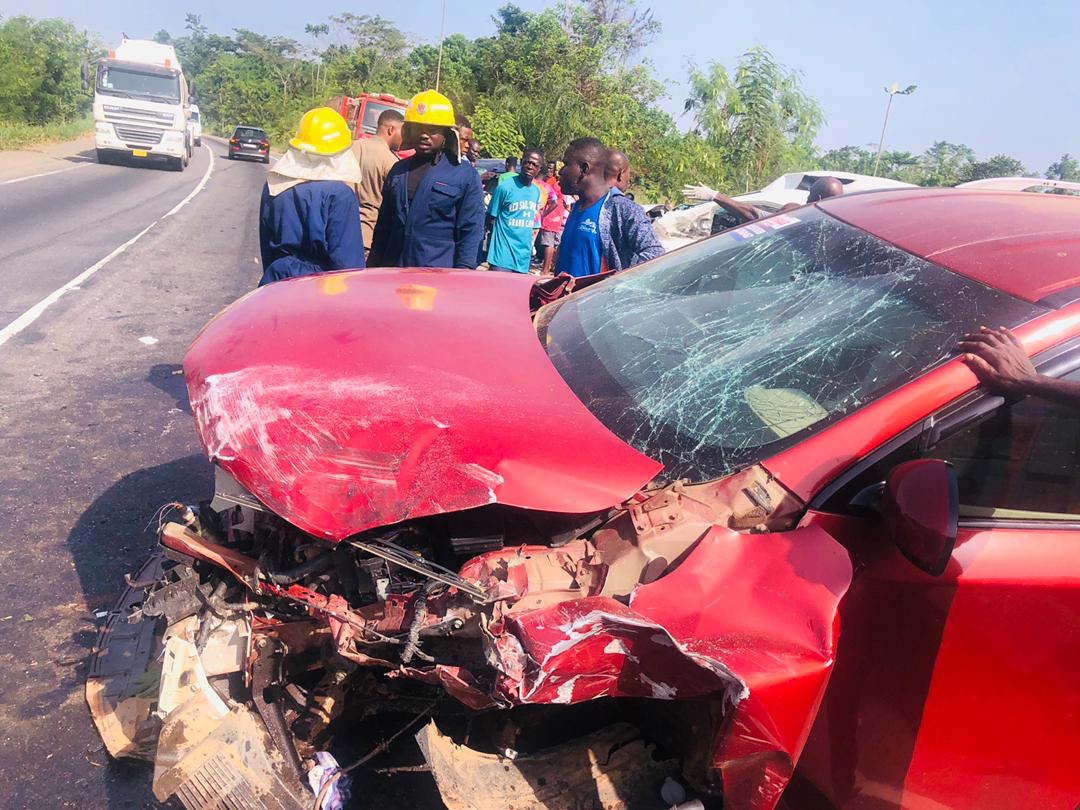 Reports indicate that at five persons have died in a fatal accident involving three vehicles Thursday morning at Akyem Anyinasin junction near Bunso, along the Accra-Kumasi Highway.

Scores of injured persons have also been rushed to the Kibi government hospital and the Savior Memorial hospitals in Osiem.

The accident vehicles are unregistered Toyota Corolla, Toyota Hiace passengers bus, and a Pathfinder aboard by a senior Police officer identified as Ransford Duah.

The accident occurred about 9:20 am on December 16, 2021, when the Toyota Corolla from the Kumasi direction allegedly undertook a wrong overtaking and attempted to drive pass a stationary cargo truck in the middle of the road to the lane of oncoming vehicles.

The Toyota Corolla collided head-on with the Pathfinder, according to Isaac Okyere alias Psyco, Assemblymember for Anyinasin.

He said the Toyota Hiace with passengers aboard which was following closely also crashed and somersaulted multiple times.

Three male and two female passengers in the Toyota Hiace died instantly while others including occupants of the two private vehicles sustained life threatening injuries.