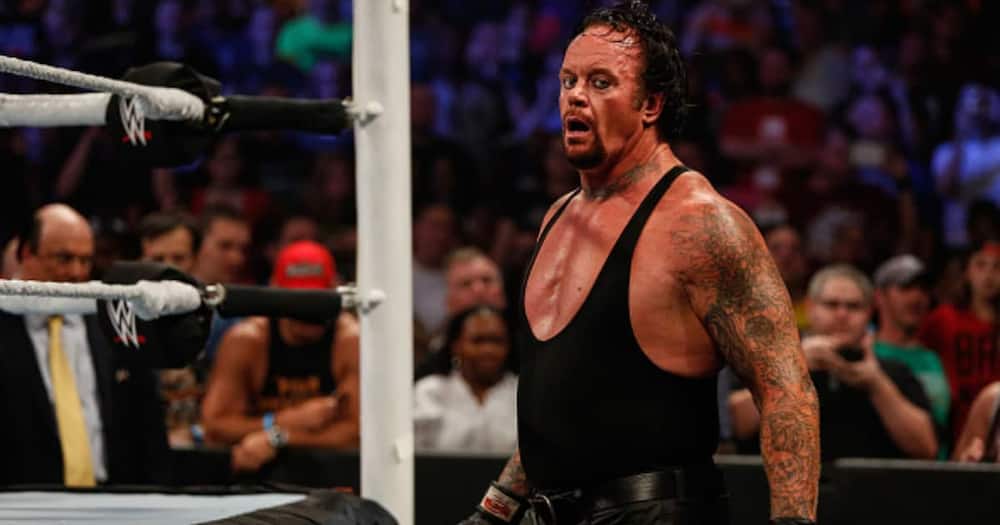 A man who begged The Undertaker to unleash his iconic WWE trademark move on him may have left regretting his request after the wrestler chopped him to the ground.

The retired wrestler is understood to have pulled up at an American restaurant over the weekend to reunite with his former Bone Street Krew friend, The Godfather.

According to SunSport, a yet to be identified fan asked The Undertaker if he could chop him, with the wrestling legend kindly obliging. In a TikTok video doing rounds on social media, the fan and his friends can be heard chanting: “chop, chop, chop, chop…”

With the crowd falling silent, The Undertaker prepared to unleash the famous move using his right hand before flooring the fan with a chest slap. The fan crashed to the ground and rolled around for a few moments, with the wrestling icon offering to help him back to his feet.

The Undertaker retires Earlier, it was reported

The Undertaker drew the curtains on his 30-year career with the WWE in a final farewell at the 2020 Survivor Series. Undertaker whose real name is Mark Calaway made his debut in 1990 at the same pay-per-view event and has gone on to win several championship titles.

The Phenom also held the longest unbeaten streak at Wrestlemania where he was finally defeated after 21 appearances in wrestling’s biggest showpiece. He observed ring-walk with his usual songs of the dead before making into the ring for one last time. He then talked to the WWE universe watching from home at the ThunderDome:

“For 30 long years, I’ve made that slow walk to this ring and have laid people to rest time and time again.”