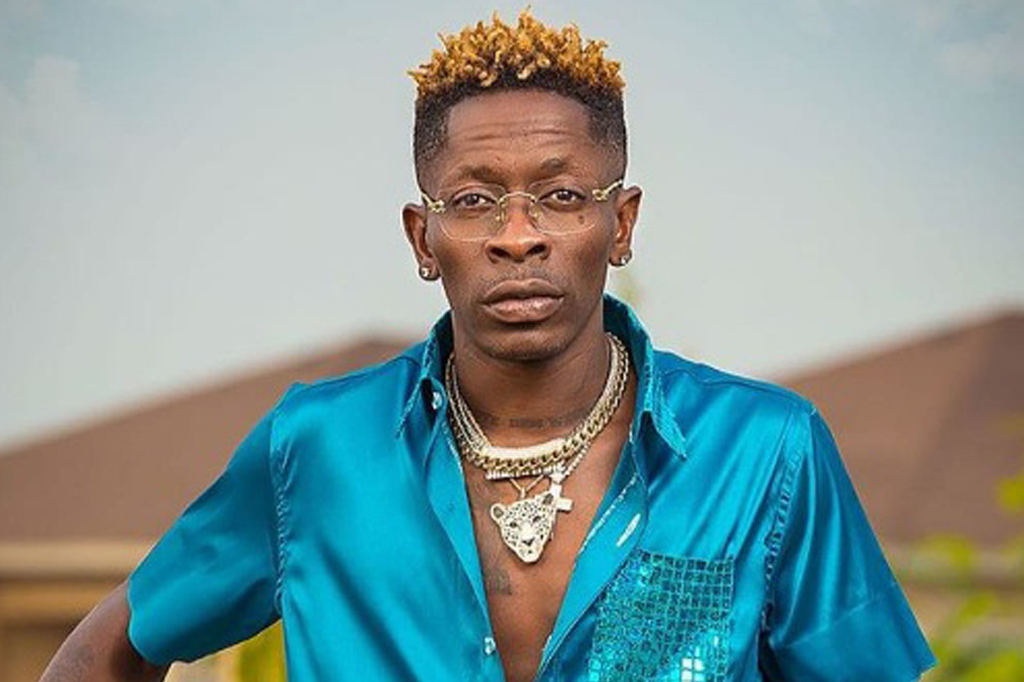 Shatta Wale has sparked a ruckus on Twitter with a series of tweets rubbishing Nigerian artistes whilst calling them ungrateful and talentless.

The social microblogging site is currently at a crux after Shatta Wale went beast mood on Nigerian artistes on his official Twitter handle.

According to Shatta Wale, the phantom superiority of Nigerians over their Ghanaian colleagues is as absurd as it gets. He pointed out how supportive Ghanaians have been towards the Nigerian craft, but they have not received the same in return. Instead, Nigerian artists have assumed some importance which borders on ungratefulness.

“Nobody is hating. Nobody here, but the way you, Naija ppl, like compare ur artiste to us is absurd. Sorry for those Naija rats saying they haven’t heard my music before. Yes, it’s because I am too ok with the love from Ghana, where I was born than a strangers land to intimidate me.

“I don’t need Nigerian music industry to hit. I need to let those so-called Naija fans and industry players to know. Gh industry and Gh fans supported them when they needed fame so bad. So they should appreciate and say thank you not only to Ghana but to Africa, as a whole!”

Shatta Wale further dragged Nigerians calling their music wack and monotonous. He said that apart from a few outstanding ones, the rest are all up and coming in his books.

“Apart from some real G artiste, I know in Naija, those you call artiste to me are like up and coming. That’s how I see them. One-way style.” Sanwo-Olu says Tinubu is nationalist in thinking and progressive in action.

Lagos Governor Babajide Sanwo-Olu has all but thrown his weight behind an Asiwaju Bola Tinubu presidency, ahead of the 2023 general elections.

It is perhaps the worst kept secret in the land that ex-Governor of Lagos, Tinubu, has been nicely setting out his stall for a presidential run in 2023:

Heavyweight politicians have been hopping on London-bound planes to see him as he convalesces from surgery, and Tinubu recently responded to chants of “Mr. President see you soon,” with “Thank You.”

On Thursday, October 7, Sanwo-Olu spoke at the launch of the Southwest Agenda 2023 (SWAGA ‘23), a campaign group that has been besmirching Nigeria with Tinubu’s presidency campaign posters.

Sanwo-Olu said: “Asiwaju Tinubu’s story has been a legend in vision, passion and action. These three values stand him out among his contemporaries in national politics today.

“It is no wonder the man stretches his arm of fellowship beyond Lagos, the state he led for eight years as a governor and in which he bequeathed the legacy we are building on. He is nationalist in thinking and progressive in action.”

Sanwo-Olu added that SWAGA is a movement that encapsulates the Tinubu philosophy.

He also noted that the agenda of the group, which is for Tinubu to emerge as Nigeria’s president in 2023, will be “brought to a logical end.”

“The SWAGA we are launching in Lagos today is a demonstration of Tinubu’s enduring political principles and strong vision,” he said.

“Those behind the movement took the three values and push them with passion. What we are witnessing today is the action from the vision and passion; this is what SWAGA represents.

“By the grace of God, we will drive this agenda to a logical end and we will all witness the inauguration of our political icon come 2023,” he added.

“If we want true progress, employment, security and development, we all know who is capable of creating these opportunities for us. He is Asiwaju,” Hamzat said.

Tinubu was instrumental to Sanwo-Olu’s emergence as Lagos Governor in 2019, after the former fell out with then Governor Akin Ambode.

Sanwo-Olu was among the first set of politicians to pay Tinubu a courtesy visit in London.