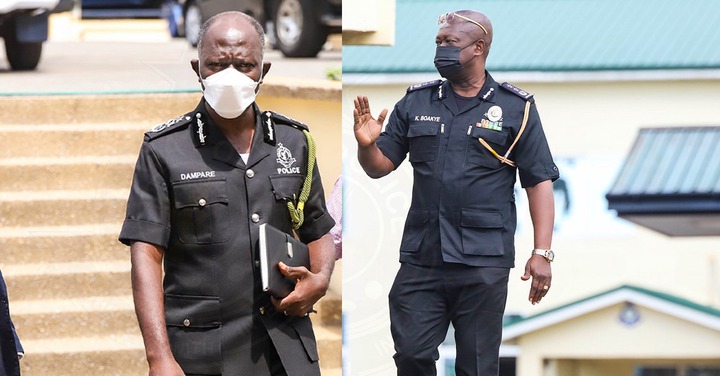 Armed robbers have different strategies for operating. Every season, they have a target and when they decide to strike, they are able to make away with huge sums of monies and sometimes kill their victims even before the police would arrive at the scene to begin their investigations.

Most of these armed robbers have over the years targeted coca farmers in the rural communities and during the cocoa season, they strike hard at them. There have been several instances where armed robbers have robbed cocoa farmers of huge amounts of monies during the cocoa season. After the cocoa has been successfully sold, both the buyer and the farmer become targets and many have lost their lives in this regard.

It is against this background that the COP George Akuffo Dampare led police administration has developed new strategies to end the serious heist that happens to farmers during the cocoa season. All the regional commanders of the Ghana Police Service have been invited to receive a briefing on the new strategy but the meeting could not have been successful without the presence of COP Nathan Kofi Boakye.

Like COP George Akuffo Dampare, many Ghanaians have a strong belief in COP Nathan Kofi Boakye when it comes to fighting crime. The two could be seen in pictures posted on the official Facebook page of the Ghana Police Service from the meeting joining ideas on how to clamp down on the serious money heist and other criminal activities that happen to farmers during the major cocoa season.

They have tasked the regional commanders to extend the new strategy to their various jurisdictions and engage the farmers for their corporation. Total security has been guaranteed and a strong warning has been sent to the criminals that they should not even try to strike because they will be arrested in no time. It is difficult to doubt the capabilities of COP Nathan Kofi Boakye and COP George Akuffo Dampare when they combine ideas together. The strategy still remains a secret to the general public but trust COP Nathan Kofi Boakye and COP George Akuffo Dampare that their strategies will be difficult to fail.