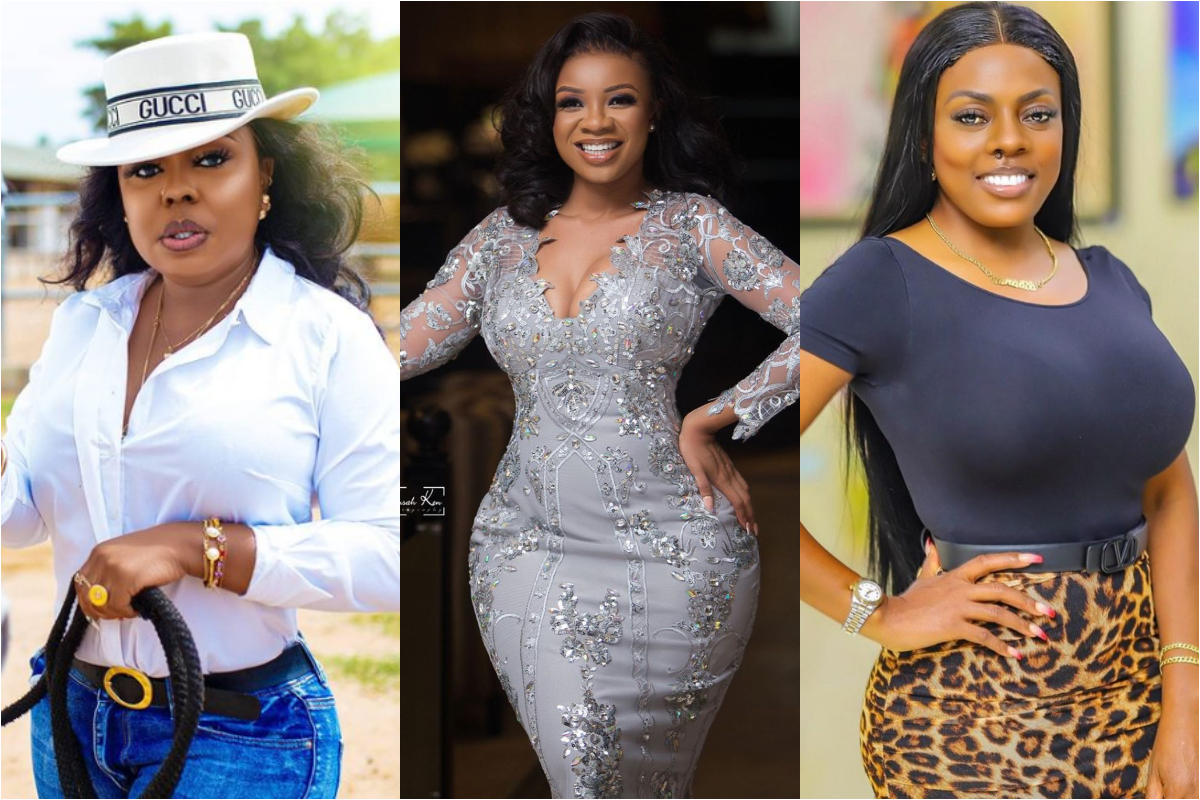 According to Afia Schwar, the ace journalist and close friend of Serwaa Amihere, Nana Aba Anamoah was behind the fake Snapchat account and the infamous Serwaah Amihere exposé that took over the headlines a few months ago.

Afia Schwar tagged Nana Aba Amoah a gossip who goes around peddling lies and also speaks ill about her friends to others. Afia alleged that Nana Aba gossipped her close friend Serwaa Amihere to other people.

Afia dared Nana Aba to swear by the Holy Bible if she wasn’t behind the fake Snapchat account that dirtied Serwaa Amihere a few months ago. Afia claimed that Nana Aba was the one who leaked the chats of Serwaa Amihere with other big wigs in the NPP party and also some audio she sent to John Boadu.

It would be recalled that a fake Snapchat account called Bombstelling leaked some WhatsApp chat of Serwaah Amihere and some NPP big wigs accompanied with a sex pictures alleging to be Serwaah Amihere. Afia Schwar has alleged that Nana Aba was behind the account.