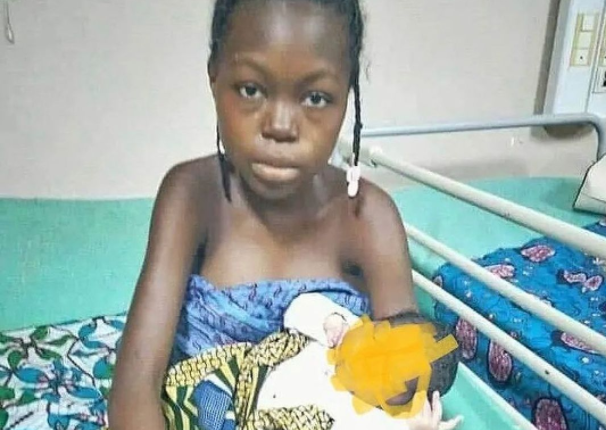 A very shocking picture at the disposal on social media has shown moments when a small girl who is believed to be 12 years of age was seen with a child which she has just given birth to at the hospital..

The lady who was seen sitting on a maternity bed was holding her newly born baby as she posed for the camera.

Tho the lady’s name is currently not known, she is said to have given birth to a baby boy after she was said to have gotten pregnant with another classmate with whom she is in the same class.

Netizens who chanced upon the picture have expressed shock as to how the future of a 12-year-old young girl has been jeopardized by a man who just wanted to fulfill his selfish sexual desires.