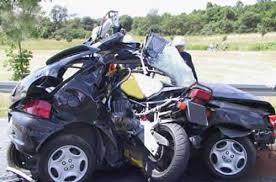 Bikes killed 182 individuals through street mishaps among January and June in the Tema Regional territory making it a normal of 30 individuals month to month; the Motor Transport and Traffic Department (MTTD), Ghana Police Service has uncovered.

The measurements demonstrate that in the principal quarter, bikes which included tricycles and bikes killed 99 individuals; and in the subsequent quarter killed 83 people.

The GNA-Tema and MTTD Road Safety Project looks to make predictable and orderly week after week mindfulness promotion on the should be wary out and about, instruct all street clients of their separate liabilities, and sharpen drivers on street wellbeing guidelines, rules and laws.

Sgt. Timinka clarified that considering the quantity of individuals who sat on bikes, the pace of casualty was excessively high and called for severe recognition of the street traffic guidelines by all street client.

He bemoaned the fact that there had been an increase in road incidents in the Tema Region this year, claiming that the majority of the accidents could have been avoided, and urging road users to follow the principles of the Road Acts, Highway Code, and Road Traffic Regulations.

Sgt. Timinka was also concerned about the rate of lynching of drivers who survived accidents, particularly in rural areas, noting that it accounted for a major portion of hit-and-run incidents.

He added that most drivers who hit pedestrians fled the scene because they were afraid for their life, as residents would sometimes rally the youth to attack the driver.