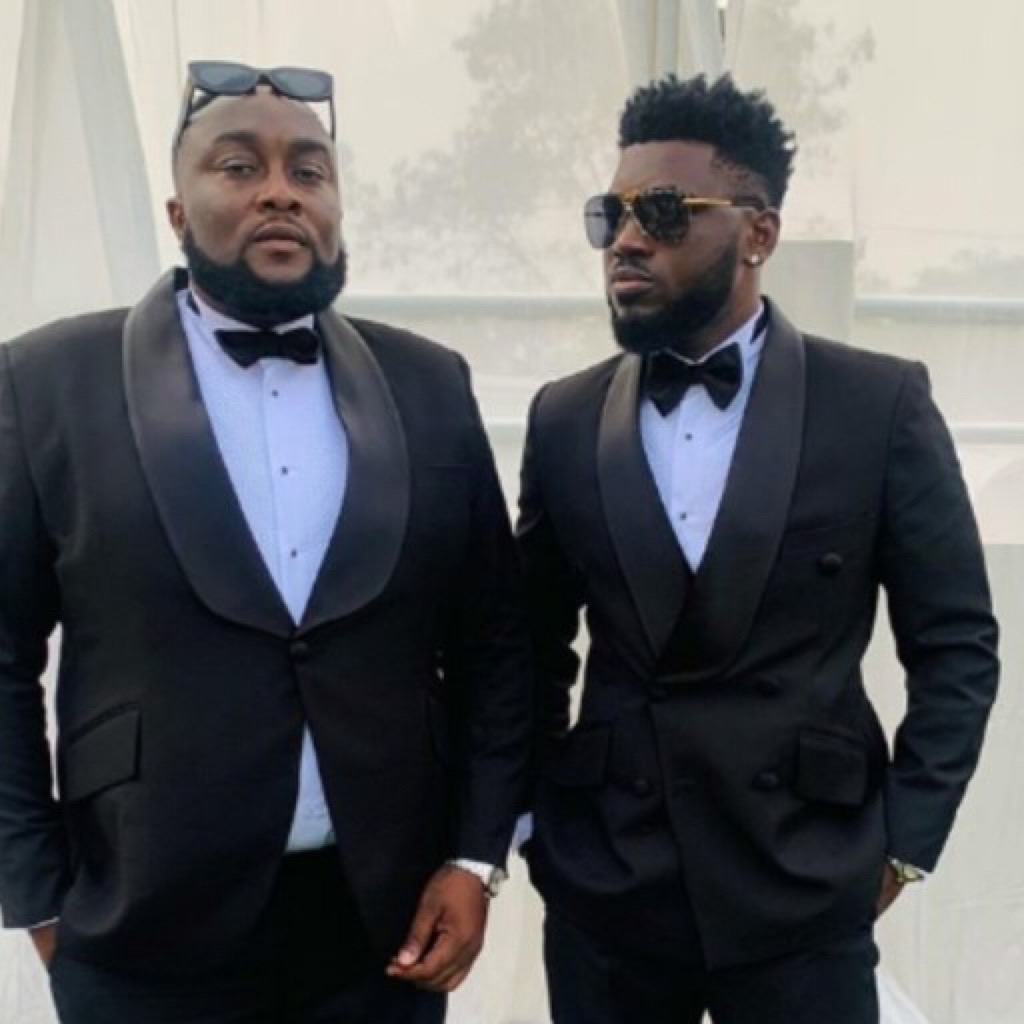 Photos circulating on social media suggest that the manager of the Ghanaian rapper, Sarkodie, AngelTown has secretly tied the knot in a private ceremony.

Since this was never made public, it is believed that AngelTown probably wanted to keep the ceremony a secret and off social media but unfortunately, rapper, Donzy could not keep calm about the excitement as he lets the cat out of the bag.

Donzy shared a photo of himself and AngelTown as he congratulated him. The photo captured the two rocking black suits.

He wrote; Congrats @angeltownbaby .. We Dey Together

In other news, the Circuit Court in Accra has ordered investigators to release the mobile phone belonging to the Ghanaian comic actor, Benson Nana Yaw Oduro Boateng, well known as Funny Face.

This comes shortly after the actor was granted a GHc20,000 bail following his arrest for threatening the lives of his baby mama, Vanessa as well as some of his colleagues in the entertainment industry. He was remanded into the Accra Psychiatric hospital for mental re-examination after he was allegedly diagnosed with bipolar.

Well, the order came after the accused person requested that the police release his phone, which was granted by the Kaneshie District Court, presided over by His Worship Kofi Oheneba-Kuffour.

Funny Face told the court of a contract he has with Lan T Soya Milk which requires him to promote their product and he will need the phone to do that. He also told the court that he will release an album called “Aseda” that will describe everything he has been through and will benefit society as a whole.