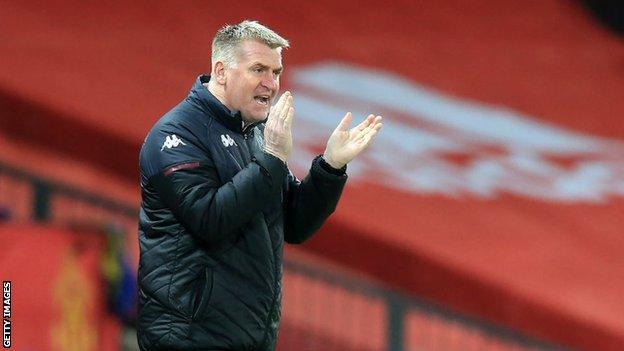 The final details are being sorted for the ex-Aston Villa boss to replace Daniel Farke, who was sacked by the Canaries last Saturday.

Craig Shakespeare, who worked with Smith at Villa, is expected to be his assistant, and an announcement should be made on Sunday or Monday.

Former Chelsea boss Frank Lampard had withdrawn from the running for the vacancy.

Norwich’s next Premier League game is at home to Southampton on 20 November.

The Canaries are bottom of the Premier League after gaining just five points from 11 games.

Smith is set for a swift return to the dugout, having been sacked by Villa on 7 November after three years in charge.

He led them to promotion from the Championship in his first season in charge, the Carabao Cup final in 2019-20 and an 11th-place finish in the Premier League last season.