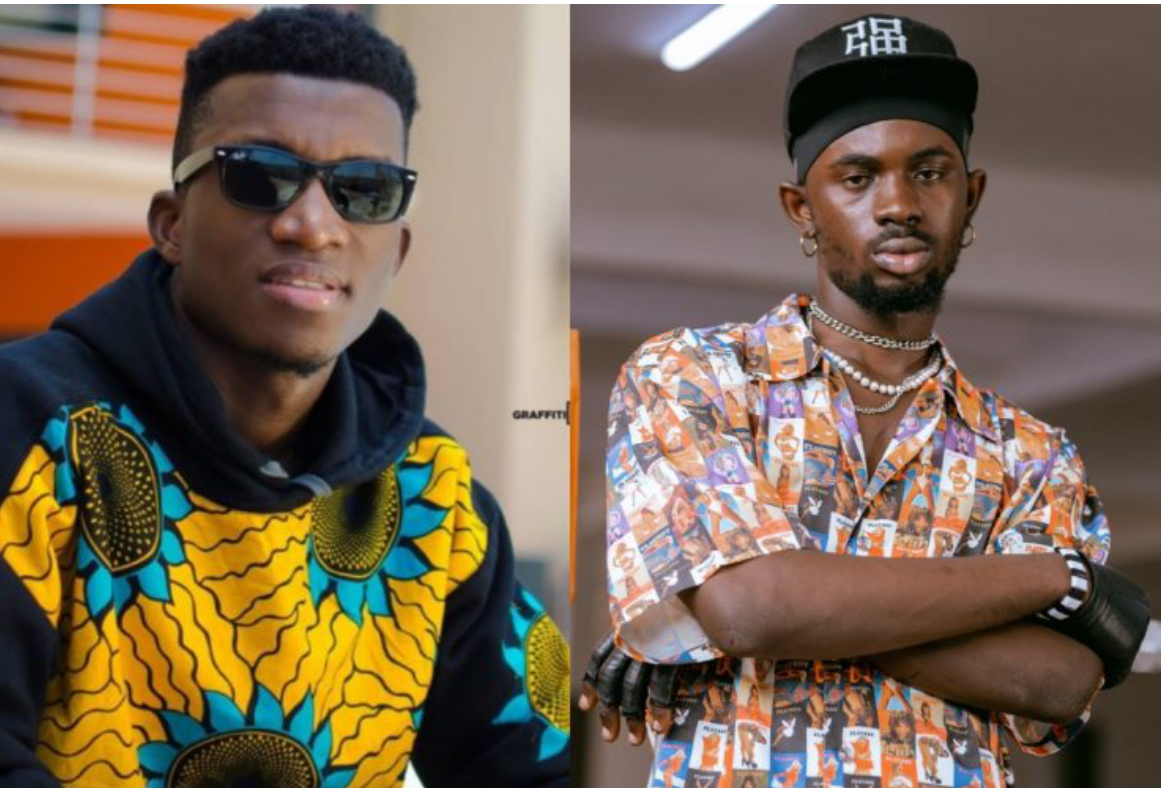 Trap artiste, Black Sherif has responded to a tweeter who made it his priority to set Takoradi-based artiste, Kofi Kinaata, up for trolls on social media.

In a tweet, the hatemonger with the name Kobby Founda intended to spite Blacko against songwriter, Kofi Kinaata by comparing the two artists saying the latter doesn’t possess any talent.

According to the tweep, when you listen to songs from Kofi Kinaata, you will observe that he does not come any close to Black Sherif who courted attention with his series of Sermons.

He argued that the only thing that keeps Kinaata – a four-time Songwriter of the Year at the VGMA – going is the “street love” and support he gets from his fan base in Takoradi.

However, Black Sherif did not take kindly to the disparaging remarks as he quickly responded to the troll by telling him to stop comparing him to another artiste.

Sharing his two cents, Black Sherif urged the detractor to focus his energy on promoting Ghanaian artistes and their music in a deliberate effort to “make the industry a better one for up and coming creatives.”