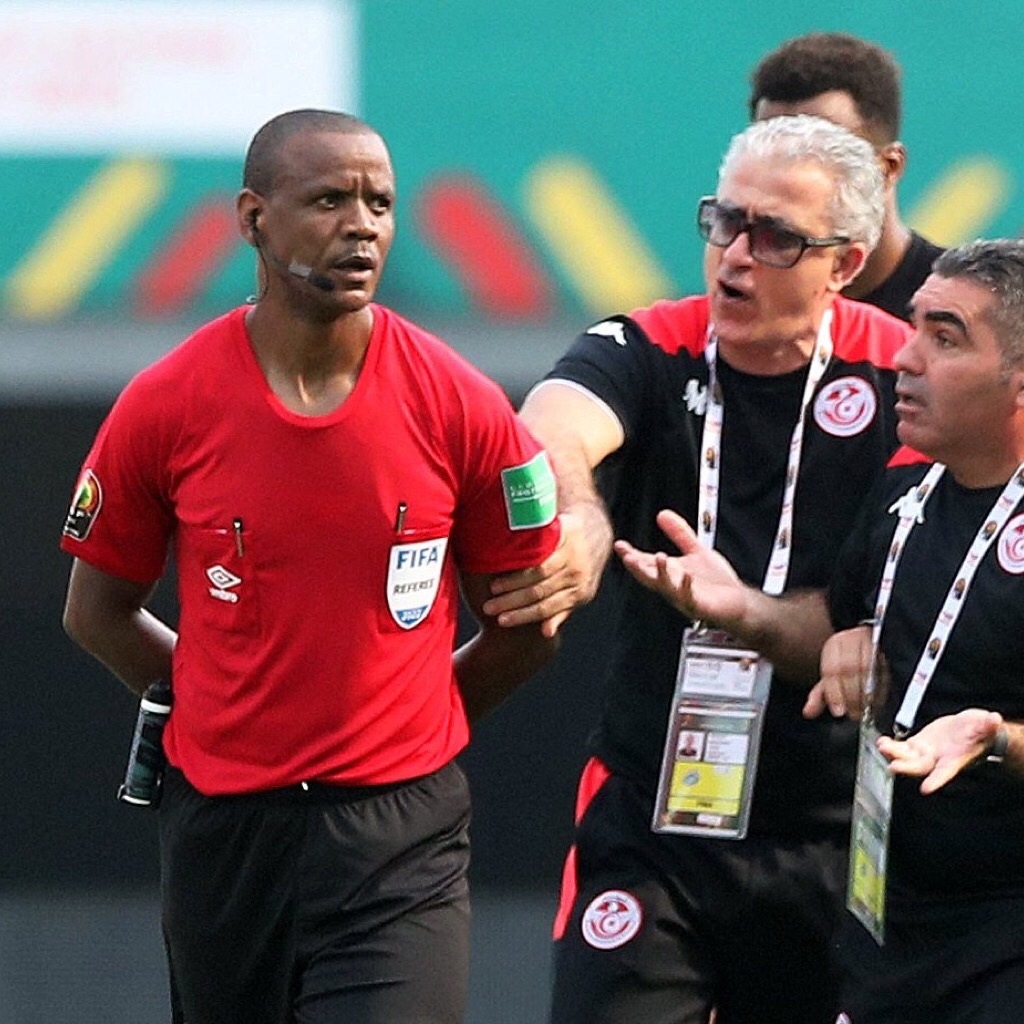 Referee Janny Sikazwe of Zambia blew the final whistle twice early in the match between Tunisia and Mali in the ongoing Africa Cup of Nations in Cameroon to spark controversy in an entertaining affair.

The game which ended after 89 minutes and 49 seconds had already been brought to a premature end by the Zambian referee when he blew for the end of proceedings in the 85th minute after which he was prompted to let play resume.

Further outrage sparked in between as Sikazwe showed a straight red card to Malian midfielder, El Bilal Toure, for a challenge that most will deem soft in the 87th minute. Despite prompts from the VAR team to review his decision, after consulting the pitchside monitor, the Zambian official stuck with his initial decision.

The game ended with the referee needing to be escorted off the field after what was a bizarre piece of officiating especially at Africa’s showpiece tournament.