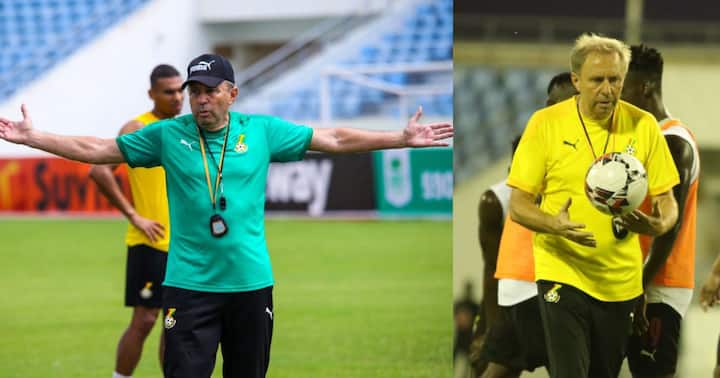 New Black Stars coach, Milovan Rajevac, has said he wants to bring back the good old days of Ghanaian football as he starts his second spell in charge of the team.

The Serbian trainer will lead the Black Stars on matchday three of the World Cup qualifier against Zimbabwe on Saturday at the Cape Coast stadium. In a pre-match press conference, the coach who led Ghana to the quarter finals of the 2010 World Cup says he wants to relive those good times.

“I want to say that I appreciate the support and we all have to work together, we have to be supportive because I remember those days when Ghana was on top of Africa especially in the last word cup,” he said

“So I wish these glory days come back again and the only way we can do that is if we are thinking positively and if we are supportive so we can achieve great results and we can make people of Ghana proud again.” During his first time in charge, Ghana reached the finals of the Africa Cup of Nations in Angola and he also led the team to it’s best performance at the World. The Black Stars had a topsy-turvy start to the qualifiers, winning against Ethiopia and losing to South Africa.

The Black Stars currently sit second in Group G of the 2022 World Cup qualifiers, just a point behind South Africa. Earlier, Sradio5.com reported that, Ghana coach, Milovan Rajevac has backed striker Jordan Ayew to end his goal scoring drought against Zimbabwe in the World Cup qualifier on Saturday. The Black Stars will hosts the Warriors at the Cape Coast stadium tomorrow with Jordan Ayew expected to net his first goal of the campaign. In a pre-match press conference, the Serbian expressed support to the forward and believes he will be on target for the team tomorrow.