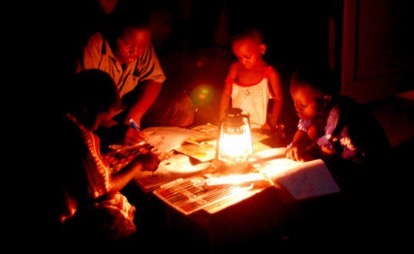 Many parts of the country were thrown into darkness following an unexpected power outage on Monday night.

The cause of the outage is not yet known.

In the Greater Accra Region, many areas including Dansoman, Nima, Teshie reported of the outage.

In the Northern Region, there was a total blackout from around 9pm on Monday until about 4.30am when power was restored only to go off again a few minutes later.

The 12 Municipal and District Assemblies in the Bono Region also experienced the blackout, forcing many residents to spend the night in darkness.

Some affected persons who spoke to Citi News said, “the light went off around 7.30pm and we thought it was a normal outage so we could wait but after waiting for several hours the light did not come back.”

Another also said “there is total darkness in the municipality and the situation has remains for hours.”

Some parts of the Western Region including the capital, Takoradi, also experienced the outage.