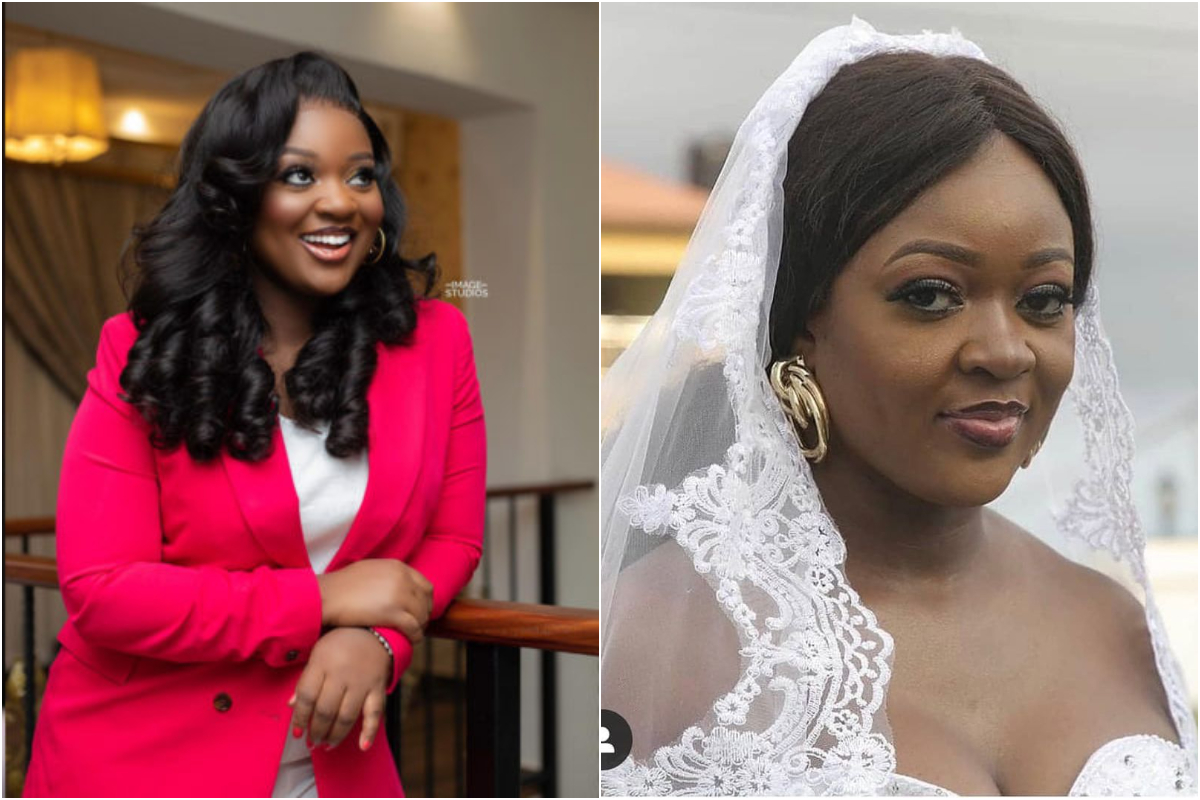 Jackie Appiah has got fans wondering what she’s up to after she was seen in a wedding gown looking all fly for the ‘big occasion.’

The photo was uploaded hours ago on Instagram and no one knows if it’s an extract from a movie or she was getting married for the second time after her divorce to her first husband with whom she has a son years ago.

Predictably fans are giving their own interpretation to the photo. Perhaps we have to wait for a few more days to know what exactly is going on with her. In the meantime, see the photo below;

In other news, Jackie Appiah was treated to a sumptuous meal from Kumawood actor Nana Yeboah in a new video.

The duo together with veteran actress Kalsoume Sinare and other actors are in Paris shooting back-to-back movies dubbed She Male and Fire & Ice.

Since they arrived in the French capital of Paris, Nana Yeboah has been indulging in antics that have vastly entertained Jackie Appiah and Kalsoume plus the other crew members but apparently, the comic figure moved beyond the foolery to show his culinary skills.

Nana Yeboah apparently served them rice and spicy tomato cause which greatly impressed Jackie a lot although he lamented most of them had complained about his meal.