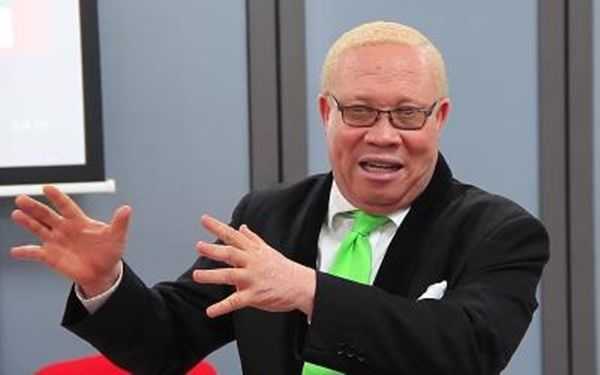 The Executive Secretary of the National Coalition for Proper Human Sexual Rights and Family Values, Moses Foh-Amoaning has challenged the coalition against the anti-LGBTQI+ bill to head to the Supreme Court if they are convinced they have a case.

Moses Foh-Amoaning on the Tuesday, October 12, 2021 edition of Metro TV’s Good Evening Ghana program surmised that the stance held by the 18-member coalition has no place in law.

He said that in both international law and per the 1992 Constitution, the human rights argument being propounded by the coalition has no legs.

According to him, at the international level, a decision by the European Court of Human Rights defeats the position of lawyer Akoto Ampaw and his cohorts.

Locally, Moses Foh-Amoaning said that the constitution of Ghana does notrecognize activities of LGBTQI+ members.

“They looked at anthropology, looked at positive law, natural law. They went through everything and 47 of them were unanimous that LGBTQ+ rights do not belong to the international human rights law. And that if a particular country doesn’t admit of those rights, it is not breaching any international law or rule of equality or discrimination.

That’s a matter of law so if you want to quote the human rights law, that’s the position. I’m challenging the professors to show me where the Supreme Court held that gender under the constitution means other than male or female or sex incorporates sexual orientation.

“If they want, they should go to the Supreme Court. In fact, we are ready with writs and prepared to meet them. It was for a strategic reason that we are only waiting for this law to be passed,” he said.

Lawyer Akoto Ampawis leader of a group of human rights defenders who are opposed to the LGBTQI+ bill on grounds that it violates the rights of homosexuals in the country.

They hold the position that the state cannot regulate the morals of persons and that the rights of the LGBTQI+ community must not be gagged.

About the anti-LGBTQ+ Bill

Currently, the bill has been laid before the house and referred to the appropriate committee for consideration.

The Ningo Prampram MP has strongly defended the need for the bill which he insists is a necessity in preserving the moral and cultural values of Ghanaians in general.

Sam George insists that LGBTQ+ tendencies are not human rights but preferences that need to be regulated within the context of what Ghanaian society and culture accepts.

The bill has the full blessing of Speaker Alban Bagbin who is on record to have said he is pro-life and will ensure that the bill is passed into law as soon as possible.