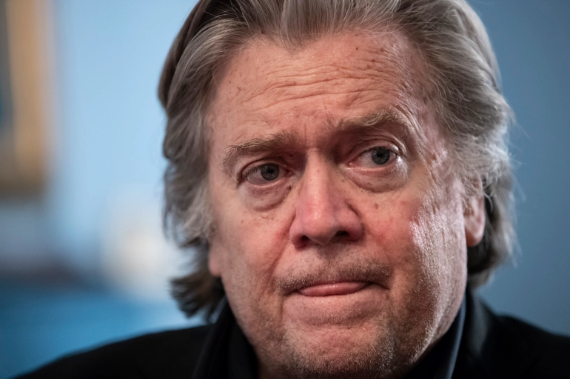 Steve Bannon has refused to testify in a House committee’s investigation into the deadly US Capitol insurrection.

The US Justice Department has indicted Steve Bannon on two counts of contempt of Congress for failing to comply with a subpoena issued by a House of Representatives panel investigating the January 6 Capitol insurrection.

The 67 year old had cited Trump’s insistence that his communications are protected by the legal doctrine of executive privilege – an argument that President Joe Biden’s administration rejected last monthas “not warranted”.

“Since my first day in office, I have promised Justice Department employees that together we would show the American people by word and deed that the department adheres to the rule of law, follows the facts and the law and pursues equal justice under the law,” US Attorney General Merrick Garland said in a statement.

“Today’s charges reflect the department’s steadfast commitment to these principles.”

It was not immediately clear when Bannon would be due in court. Each count carries a minimum of 30 days of jail and a sentence of up to a year behind bars.

Bannon’s attorney did not immediately respond to a message from the Associated Press news agency seeking comment.

The panel has pushed for records and testimony from several former Trump allies as part of its effort to understand the events leading up to the attack on January 6.

That day, Trump gave a fiery speech in Washington, DC, to thousands of his supporters and urged them to march on the Capitol, where US legislators were meeting to certify Biden’s election victory. Trump was later impeached for “incitement of insurrection” after a mob stormed the building.

So far, the House panel has interviewed more than 150 people across government, social media and law enforcement as part of its investigation.

On Thursday, a US appeals court delayed the release of Trump White House records as it considers a request by the former Republican president to block their release.

The National Archives had been scheduled to give Congress hundreds of pages of documents on Friday, but the appeals court set the next arguments in the case for November 30.

Trump has argued that as a former president he still has the right to exert privilege over the records, adding that releasing them would damage the presidency in the future.

The Biden administration had said in early October that it would not block the release of the documents, prompting Trump to go to the courts.

“The president’s dedicated to ensuring that something like that could never happen again, which is why the administration is cooperating with ongoing investigations, including the January 6 Select Committee, to bring to light what happened,” White House spokesperson Jen Psaki told reporters on October 8.

“As a part of this process, the president has determined that an assertion of executive privilege is not warranted for the first set of documents from the Trump White House that have been provided to us by the National Archives.”