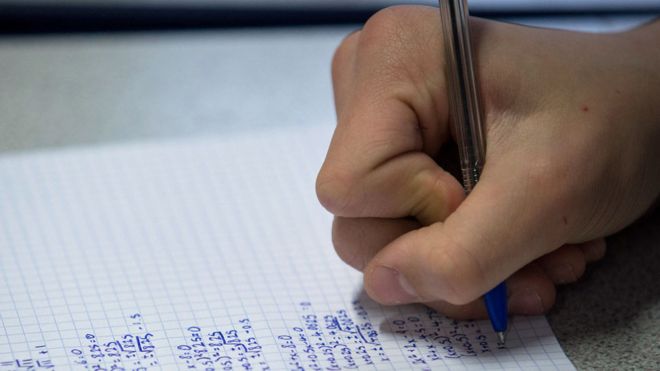 Local authorities are paying for places for children in settings that are not even registered, Ofsted is warning.

England’s education watchdog has called for tougher rules on tackling illegal “schools” with risks of poor conditions and a lack of safeguarding.

Inspectors suggest 6,000 children are taught in such unregulated settings.

But the watchdog said councils were subsidising these unregistered alternatives to school, paying up to £27,000 a year for places.

Ofsted has published its most detailed breakdown of the problem of children being taught in uninspected and unregistered settings.

Sue Will, senior officer for unregistered schools, said some had “quite appalling” conditions, with unsafe accommodation and unqualified staff.

She said inspectors had come across places with rat traps, holes in the wall and exposed electrics.

Since 2016, inspectors have investigated more than 530 unregistered settings – with the biggest number being so-called “alternative provision”.

Ofsted says almost 150 investigations have been in alternative provision settings which were without any registration.

These can be very poor quality, say inspectors – and instead of getting an education, teenagers “languish, wasting their time” playing on computer games.

These are private operations, but inspectors say some places are funded with public money.

Ofsted would not name the location, but its inspectors have issued a formal warning to an alternative provision centre receiving £27,000 a year per child from the local authority.

Last autumn, in a landmark court case, two people in London became the first to be convicted of running an illegal school.

But inspectors said that many children were still being taught in this “murky world”, with the biggest number in London and the West Midlands.

Victor Shafiee, in charge of Ofsted’s efforts to tackle unregistered schools, says it was often the “least capable looking after the most vulnerable”.

“These are not well-run, well-organised places. It’s hapless people who don’t know what they’re doing – and that puts children at risk,” said Mr Shafiee.

About one in five of the places under investigation had links to religious groups – and among these the most common were Muslim, with a smaller number of Jewish and Christian settings.

Inspectors warned that some parents were misusing the label of “home schooling”, when they were really sending their children to these unregistered centres each day.

From the 530 places under investigation, there have been 71 warnings issued – and Mr Shafiee said there were two more court cases expected.

While councils might have paid for some places in alternative provision centres, most settings were collecting fees from parents, often of about £2,500 per year.

Inspectors said this was “unfathomable” considering families could get free places at local state schools.

But Ofsted officials warned of the difficulties of enforcing school registration, when there was ambiguity about the definition of what constituted a school.

The guidelines suggest that anywhere teaching five or more school-age children for more than 18 hours per week should be seen as schools and as such, required to be registered.

But inspectors said some of these “tuition centres”, or “alternative provision” classes or other settings, might say they teach for only 17 hours and 50 minutes and so seek to remain exempt from registration.

Proving whether these are really operating as full-time schools is very difficult, the Ofsted inspectors argued.

When Ofsted tries to check, Mr Shafiee said there can be a “rigmarole” of trying to gain entry, giving schools time to conceal what they are doing.

They also had no right to seize documents or registers that would indicate that these premises were open longer than the 18-hour-a-week mark.

Sean Harford, Ofsted’s national director of education, said inspectors were hampered by “significant limitations on our powers to search, to take evidence and to close them down”.

“The problem here is first and foremost about safeguarding. Many of these places are unsafe – with poor facilities and hygiene, badly trained or untrained staff,” said Mr Shafiee.

“These settings deny children a proper education and can leave them at risk of harm,” he said.

A Department for Education spokesman said Ofsted had been given £3m to tackle unregistered schools and to “make sure illegal activity is uncovered and justice is delivered”.

He said Ofsted’s report showed the importance of plans to introduce a register of children not being taught in school.

Unregulated schools “present a danger to both the quality of education and the welfare of those children who attend them”, said the DfE spokesman.