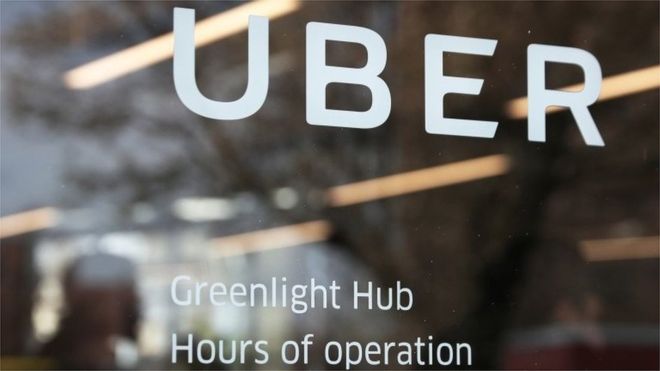 Uber has revealed that it is seeking a valuation of $90bn (£70bn) in its much anticipated stock market flotation.

The taxi-app firm has said that its shares will be priced at between $44 and $50 each, with the share issue set to raise about $10bn.

As part of the offer it will sell $500m worth of shares to payment giant, PayPal.

Uber warned earlier this month that it may never make a profit.

The IPO price values the company below the $100bn some had expected it to aim for.

These showed that its drivers made 1.5 billion passenger journeys during the first three months of 2019, but the company reported a net loss of about $1bn.

Earlier this month, shares in rival US taxi-hailing giant Lyft started trading in New York. However, after a strong start, its share price sagged and is now 20% below the initial price paid by investors.

Uber, which has been in business for 10 years, is selling 180 million shares in the offering, with a further 27 million sold by company insiders.

The company will spend the next 10 days marketing itself to investors, to drum up interest and avoid following the disappointing path set by Lyft.

As well as PayPal, Uber already has some high-profile stakeholders.

These include Google parent, Alphabet, Japan’s Softbank, and the Saudi Public Investment Fund.

Uber’s nearly four million drivers have been offered “appreciation awards” which can be taken in cash, or in the new shares.

Investors will press the company on its best guesses for future profitability, the state of its relations with the cities in which it operates and its drivers, as well as its progress on developing driverless vehicles.

Uber’s drivers in seven US cities are planning protests to coincide with the expected start of share trading.

They say they are paid below minimum wage levels required by some states and barely above national rates.