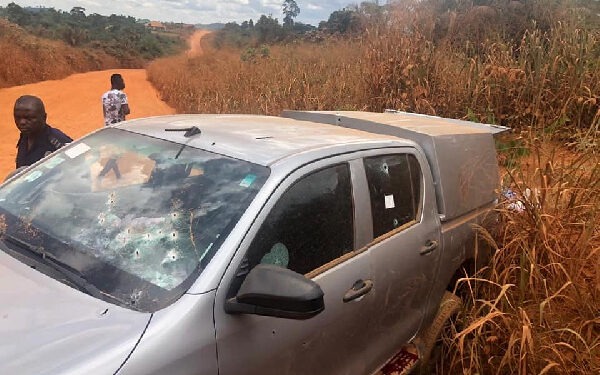 The Tarkwa Police Divisional Command has arrested two persons in connection with the robbery incident that occurred at Ransbet Supermarket, yesterday, October 18, 2021, in the Tarkwa Municipality. The suspects, Charles Enning and Dorcas Akosua Amankwah, both workers of Mon-Trans Limited are assisting in the investigation following a suspicion of complicity in the crime.

Preliminary investigations, according to the police, indicate that suspects, Charles Enning, a driver and Dorcas Akosua Amankwah, a teller of the company, went to Ransbet Supermarket for proceeds made over the weekend to be deposited at the bank but failed to pick up the Police Officer who was detailed to provide security for them. In the process of putting the money into the bullion van, the suspects were attacked by a masked armed man and bolted with the money on a standby motorbike. Report says even though, nobody was injured in the attack, the robbers made away with GhC 107, 000

The Police are pursuing the two robbers to bring them to justice and the public are urged to volunteer information that would lead to their arrest.