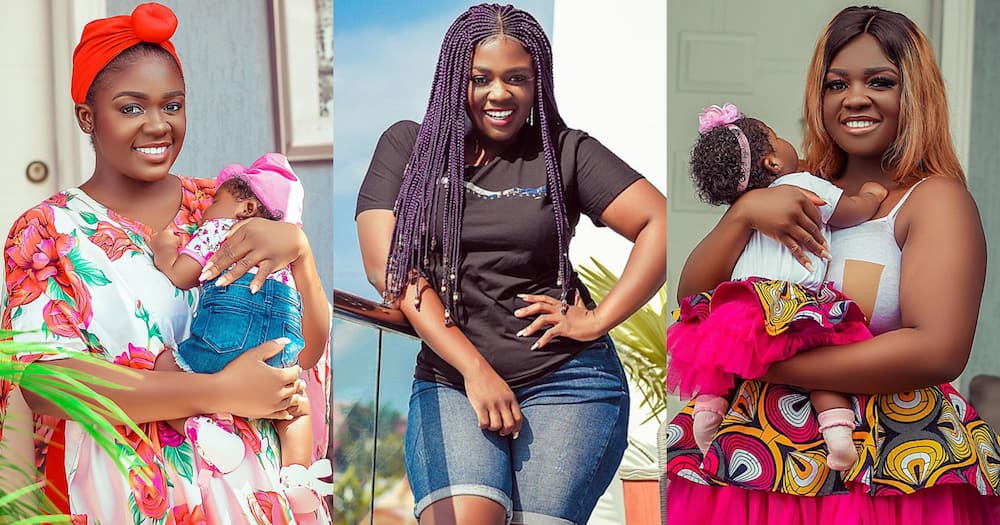 A lady tagging herself as a former friend of Tracey Boakye has opened up about how the actress and businesswoman make her money.

Tracey Boakye no doubt is one of the few women in the industry who is well to do and respected by many because she has on more than one occasion revealed that she is a hustler.

But the unidentified former friend who is angry over how the mother of two has treated her has stated that Tracey is a whore.

According to her, Tracey sleeps with men from different countries as a means of survival and that is the reason why she is able to make noise about having money or being rich.

In an audio recording that has gone viral, the lady is heard mentioning that Tracey mostly sleeps with men from South Africa and the US for money.

On why she decided to come out now to stab her former friend in the back, she stated that she was cut off after she had introduced Tracey to those powerful people.

She added that Tracey tarnished her image to them so she could take advantage to make money for herself.

This is not the first time an allegation of this sort has been made against Tracey Boakye but she has always maintained that she is a hustler and works hard for her money.