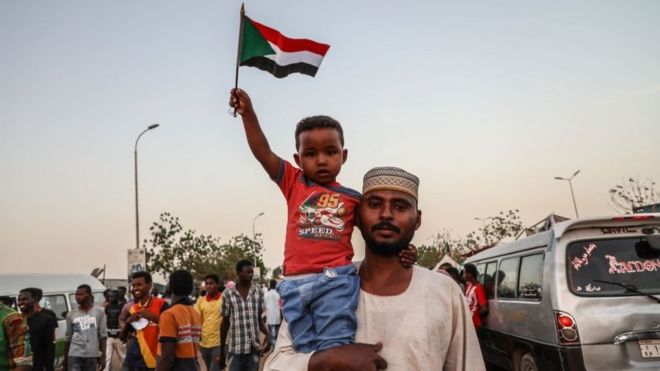 Three of the most controversial figures of Sudan’s ruling Transitional Military Council have offered their resignations – one of the key demands of the protest movement.

The three were seen as staunch Islamists and allies of the deposed President, Omar al-Bashir.

It follows talks between the military council and protest leaders.

Protest leaders want the Transitional Military Council to hand over to a civilian administration.

A mass demonstration has been called for later on Thursday in the capital, Khartoum, to maintain calls for democratic reform.

Thousands of protesters have arrived by train from various cities to take part in the event, dubbed “the million-strong march for civilian rule”.

At a press conference on Wednesday, military spokesman Lt-Gen Shamseddine Kabbashi said the two sides had reached agreement on most of the demands, and that they decided to set up a joint committee to bridge their differences.