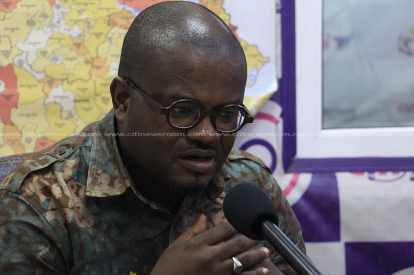 A Minister of State at the Finance Ministry, Charles Adu-Boahen, says the money that would have been paid as road tolls will now be taken care of by the 1.75 percent Electronic Transaction Levy.

Though the levy will affect Ghanaians who do not use tolled roads, Mr. Adu-Boahen said the government was trying to share the burden of levies to develop road infrastructure.

The monies raised from tolls go into the Road Funds and are supposed to be used for maintaining public roads.

“A lot of thought was put into trying to find a solution where we could share the burden,” he said on Eyewitness News.

“We have to provide roads and roads are something everybody wants… roads are not only for people to move but also to evacuate produce,” the Minister of State explained further.

The use of e-tolls has been suggested as a more efficient way to collect tolls because of the traffic disruption manual toll booths cause.

But Mr. Adu-Boahen said e-toll both would not make financial sense.

“To set up that whole thing costs money. If I am going to do that to collect only GHS 1 from you, it would take me 50 years to recover my investment.”

“I don’t believe that any solution would have been viable without a dramatic increase in the amount we were charging,” he added.

Under the E-levy, transactions covering mobile money payments, bank transfers, merchant payments, and inward remittances will have the levy imposed on them.

The levy will be paid by the sender, but be waived for transactions that amount to GHS 100 or less in a day.

The government has said portions of revenue collected from the levy will be used to support entrepreneurship, youth employment and cybersecurity.