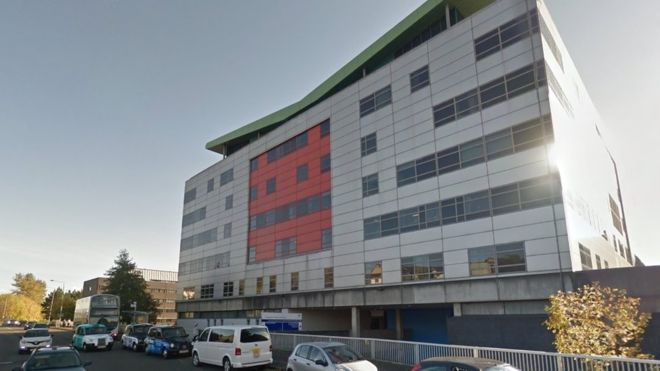 A third baby has died after contracting a rare blood infection at a maternity hospital in Glasgow.

In January it was revealed that two extremely premature babies had died at the Princess Royal Maternity Hospital.

NHS Greater Glasgow and Clyde said the third child was extremely poorly at the time of birth and that a rare strain of Staphylococcus aureus infection was one of a number of factors in the death.

No further patients have tested positive for the infection since March.

A spokesperson for the health board said a total of four babies at the hospital had contracted the infection, but one was successfully treated and was discharged from the hospital.

Staphylococcus aureus is a bacterium that is found on the skin and in the nasal passage of about one in four people, and only causes infection when it enters the body.

It is one of the most common causes of hospital-acquired infections – but the type 11164 strain which infected the babies at the Princess Royal is highly resistant to the two antibiotics that are normally prescribed.

It is also resistant to the skin cleaning agent routinely used in hospitals across the UK.

In January, NHS Greater Glasgow and Clyde confirmed that a third child was receiving treatment after also contracting the blood stream infection following the deaths of the two babies.

At the time they set up an incident management team (IMT) to investigate the cases. An IMT comprises specialist clinicians, infection control doctors and nurses, occupational health clinicians and colleagues from estates and facilities.

In a statement issued on Wednesday, the health board said: “As previously reported, we have been rigorously managing a number of cases of a rare Staphylococcus aureus blood stream infection in extremely premature babies in the neonatal unit of the Princess Royal Maternity Hospital.

“Three babies, who were extremely poorly due to their very early birth, sadly died and infection was one of a number of contributing causes in their deaths.”

Babies born before 28 weeks gestation are described as extremely premature.

The health authority said a programme of staff and family screening was carried out at the hospital as part of a number of steps being taken to respond to the infection.

They added: “As this was an extremely rare strain, which is highly resistant to the two antibiotics normally prescribed for S. Aureus and the skin cleaning agent routinely used in hospitals across the UK, we put in place a number of further infection control measures including the prescribing of different antibiotics and the introduction of a new skin cleaning agent.”

The hospital, which has not revealed when the baby died, said that the source of the infection in the intensive care unit may never be known.