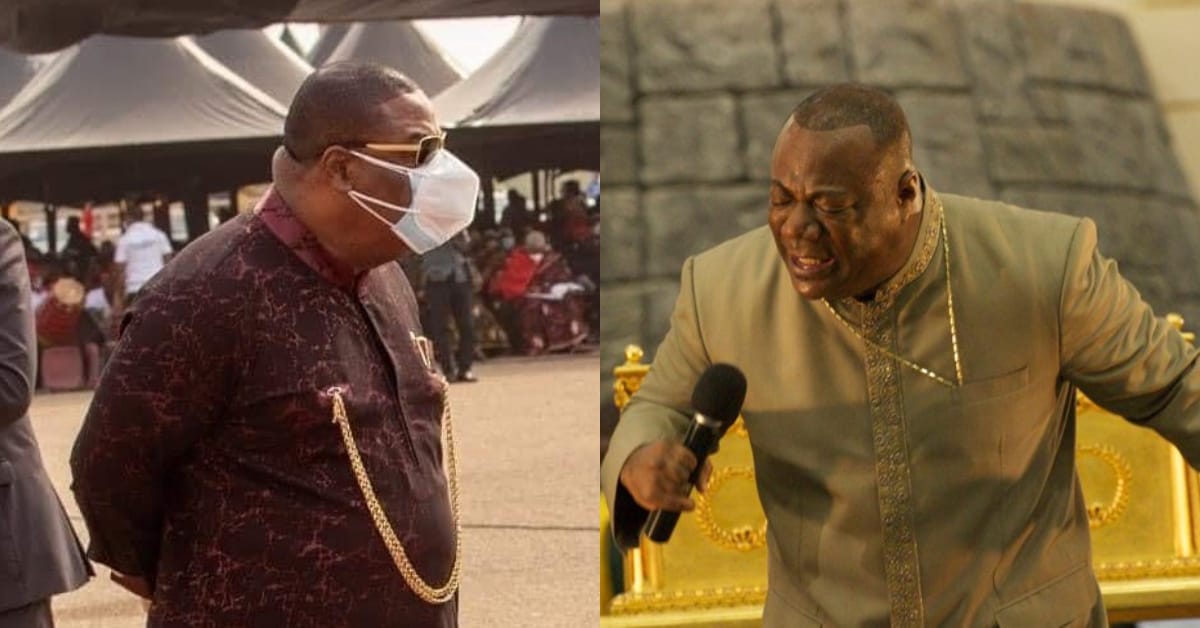 Per the Action Chapel International’s General Overseer, after a picture of him wearing the disposable and N95 nose masks together caused a stir on social media, several of his friends and members of his congregation called him.

He said that those calling him wanted to know whether the divine guidance from God was to wear double nose masks.

But when the Archbishop preached in his chapel on Sunday, he said that wearing two nose masks had little to do with faith.

I can use my double mask in any atmosphere that is not prayer and filled with the Holy Ghost, and that has nothing to do with religion, that’s all about rationality.

“For the Bible says, ‘Now to Him who can do exceedingly abundantly above all that we can imagine,’ the word imagine means ‘think,’ and it’s common sense, so use your head,” he said.