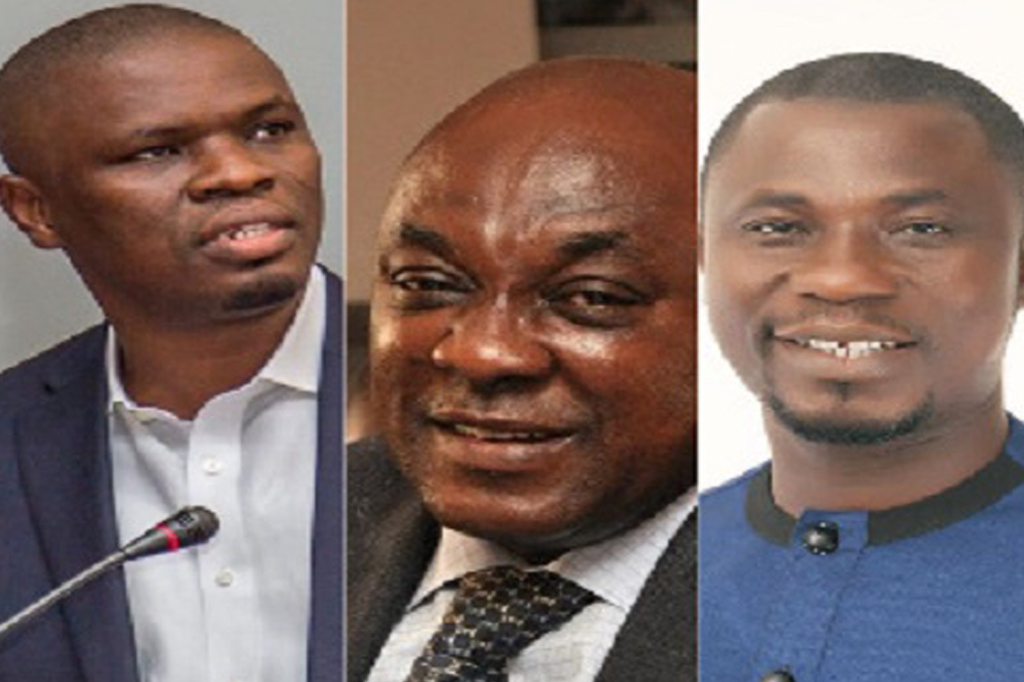 Parliament apologises for melee in chamber

The first year of the 8th of the parliament has without question been plagued with a number of embarrassing events that placed the house and the country in a bad light.

The house, from its inception on January 7, 2021, gave an inkling into what was to come but expectations were rife that the leadership was going to weather the storm and ensure that the events of January 7 and 8 were accidents and not the norm.

Events thereafter have shown that chaos is going to become a feature of the 8th parliament unless something drastic is done.

Amid the pockets of misunderstandings in the first year of the 8th parliament has been three high-profile incidents that define the house.

GhanaWeb highlights the men who will forever be associated with those incidents.

Carlos Ahenkorah after sensing that the NPP side was losing the speakership election, snatched some of the ballot papers and bolted with it.

He was chased by members of the minority and later confirmed to receiving heavy beatings from the Minority Chief Whip Muntaka Mubarak.

hat photo of him running will live in the memories of Ghanaians forever.

The Member of Parliament for Ashaiman was the face of the second chaos. First Deputy Speaker, Joseph Osei-Owusu, had passed a ruling that suggested that he could not be placed on the same pedestal as the substantive speaker and that since he was voted for by the people of Bekwai, he still wielded some power and privileges as MP even when acting as speaker.

This came during a discussion on the 2022 budget with the minority accusing Joe Wise of seeking to circumvent the rules.

Unhappy with the move by Joe Wise, Ernest Norgbe rushed to the podium and whisked away the speaker’s seat.

A view of the video of the happenings in parliament on December 20, 2021, will reveal a number of MPs who by their own estimation acted dishonourably.

Despite their efforts, none deserves the award for the ‘star’ man of the widely criticised fight than Mustapha Ussif, the MP for Yagaba-Kubori.

The sports minister was attacked by members of the minority side and allegedly sustained blade cuts.