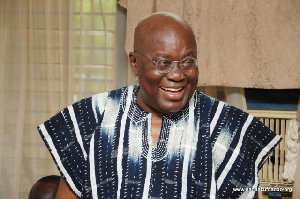 President Nana AkufoAddo of Ghana has maintained that he equally won the just-concluded elections.

This is in view of a lawsuit, alleging violations, lodged at the Supreme Court against the opposition’s outcome.

President AkufoAddo said it was good for the country in his final state of the nation address ahead of his inauguration for a second term on Thursday that the opposition had resorted to legal means to address their concerns.

He also encouraged parliament to unite and accommodate the views of each other.

There is no simple majority in Ghana’s next parliament, which will be sworn in on Thursday, with both the opposition and the governing party having 137 MPs each, and independent MP.

Some experts have said that Mr. Akufo-second Addo’s term could prove a challenge,
as bills, budgets and government contracts will have to be approved in parliament.

On the economy, Mr AkufoAddo said that Ghana’s GDP growth from a promising 6.5 percent to 1.9 percent this year had been reduced by the coronavirus pandemic, negatively affecting livelihoods.

He also urged a bipartisan debate on how to address the increasing rate of illegal mining that has contaminated the country’s water bodies.

Opposition MPs have criticised the president for failing to acknowledge the violent incidents that led to the loss of lives during the polls and the country’s rising public debt which is over $46bn (£62bn).