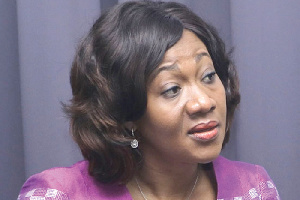 The Electoral Commission (EC) has justified its resolve to create a new voters’ register ahead of the 2020 general elections as it has listed 36 challenges facing the current Biometric Voters’ Management System (BVMS).

A 28-paged document issued by the EC states, among other things that, the BVR Kit “had been in use since 2011” and “Many of the Component parts had reached end of life and end of support.”

The document further said, “The EC was completely reliant on the vendor for the Management of the System” and, “the BVMS application modules were built by different vendors and were poorly documented.”

At a press conference on Tuesday, December 31, 2019 to make a case for a new Biometric Voter Management System as well as a new voter roll, the EC’s Deputy Chairman in-charge of Operations, Mr Samuel Tettey, debunked assertions that the register of voters, in the past, “were used for ten years before they were replaced”.

“Another reason for the difficulty of removing the names of the deceased from it, thus, rendering the register highly bloated after being used for 8 years. In effect, using such a register for subsequent election(s) will greatly affect the credibility of the election(s)”, Mr Tettey noted.

Regardless of the defense, the opposition National Democratic Congress (NDC) as well as a coalition of Civil Society Organisations (CSOs) under the Ghana Anti-Corruption Coalition (GACC) have kicked against the collection of fresh data, stressing that the current one should rather be upgraded.

The NDC has asserted that it is a sinister move by the EC to suppress votes in its strongholds and shore up those of the NPP in its strongholds. The party, at a presser, further mentioned that the cost involved is too high for the country, looking at the state of the economy.

As arguments for and against the compilation of a new register continues unabated, the EC enumerates the faults of the current registers to make a strong case for its decision.