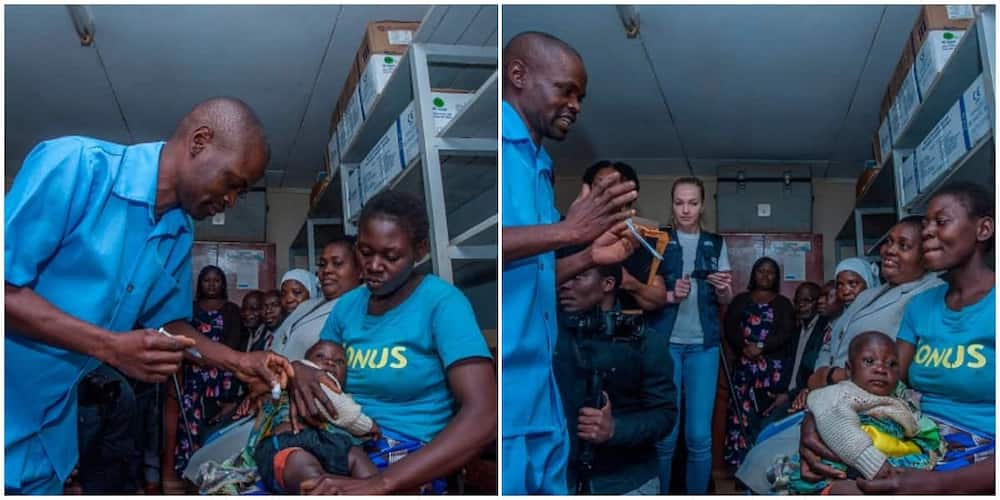 A report by Washington Post indicates that the World Health Organisation (WHO) has approved RTS,S/AS01, a vaccine to prevent malaria. The decision by the global organisation is coming after a review of a pilot programme deployed in Ghana, Kenya and Malawi since 2019 where more than two million doses of the vaccine were given.

WHO said it is recommending use of the first malaria vaccine in history among children in places with moderate to high malaria transmission.

In another report by The Telegraph, RTS,S is the first and only vaccine to have shown such promising results. Enjoy reading our stories? Join YEN.com.gh’s Telegram channel for more! Dr Tedros Adhanom Ghebreyesus, WHO director-general described the approval of the long-awaited malaria vaccine for children as a historic moment and breakthrough for science. It was gathered that the vaccine has to be given in three doses administered a month apart, with a fourth dose a year later.

The fight against the deadly malaria disease has taken a positive dimension as the World Health Organization recently announced the approval of the first-ever vaccine.

The fight against the deadly malaria disease has taken a positive dimension as the World Health Organization recently announced the approval of the first-ever vaccine.

The newly endorsed malaria vaccine is a product of 30 years of dedicated research and is set to come in handy in the war against the disease that claimed 409,000 deaths in 2019 alone with 229 million cases same period.

1. Its name and target users

The name of the new first-ever malaria endorsed for use by WHO is called RTS,S/AS01 (RTS,S) malaria vaccine.

It is recommended that the vaccine is to be given in schedule of four doses to children from five months of age to ensure a reduction in the disease burden on its hosts. WHO reports that the vaccine has presented impressive results in areas it has been administered so far with 30% reduction deadly severe malaria. It has also been effective in regions where people have insecticide-treated nets as well as good access to diagnosis and treatment.

WHO confirms that the vaccines have been administered in 3 African countries already. It is said that the pilot programme will continue in countries as Ghana, Kenya, and Malawi in order to ascertain its long-term impacts on child deaths.

4. Number of doses administered so far New York Times indicates that so far more than 800, 000 children have received the vaccine in the affected regions and over 2.3 million doses have been administered.