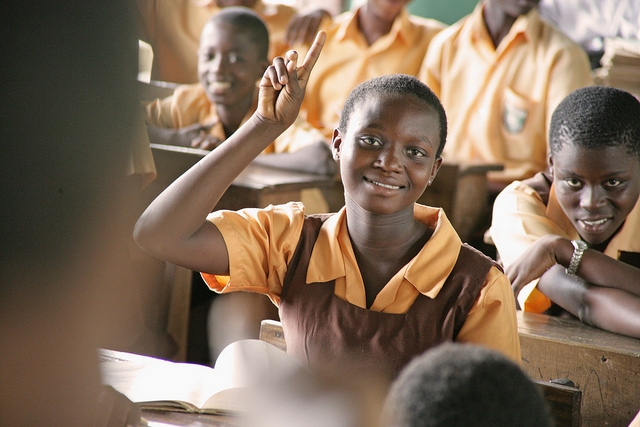 The new UNESCO 2021/2 Global Education Monitoring Report presented on Sunday at the RewirEd Forum in Dubai shows that, globally, one in six families saves to pay school fees, while 8% of families (or one in twelve) in low- and middle-income countries have to borrow money to pay for their children to go to school.

In some countries such as Uganda, Haiti, Kenya, and the Philippines, 30% or more of families have to borrow to afford their children’s education. The report calls for governments to keep to their promise of providing 1 year of pre-primary and 12 years of primary and secondary education free for all

Public education still has many hidden costs. About one-third of household education expenditure in low- and middle-income countries comes from households with children in public schools, rising to 51% in Ghana.

Analysis of about 100 low- and middle-income countries between 2009 and 2020 found that, on average, 3.2% of households’ financial outgoings were being spent on education. In Ghana, the share of education spending is not only the world’s largest but also increased from 8.9% in 2005/06 to 13.1% in 2016/17. Much of the cost comes from school uniforms and other school supplies; these accounted for almost two-fifths of the amount households were spending on education in 15 low and middle-income countries.

‘We have underestimated just how much families are still paying for education when according to governments it should be free’, said Manos Antoninus, Director of the Global Education Monitoring Report. ‘On top of this, the impact of COVID-19 has squeezed family budgets further. Many simply can’t afford to pay for school costs as a result. Governments must look closer at the amount that families are paying. They must focus on ensuring that education is free at the point of access – and that the poorest aren’t priced out of good quality education.”

The GEM Report warns that, without better regulations, private education choices, such as private schools, or private supplementary tuition, are pushing up these costs for households. If 3.2% of households’ outgoings are being spent on education globally on average, that rises to 6% in countries with a high percentage of private schools, such as Haiti and Lebanon, and in other sub-Saharan African countries, including Rwanda, Uganda, and Zambia. The costs make some education opportunities inaccessible for the poor. In Ghana, private early education and childcare provision costs 6% of annual consumption for the richest and 17% for the poorest.

Many households are also paying for private supplementary tuition, particularly during school closures – something many of the poorest cannot afford. In Myanmar, 42% of the amount households were spending on education was spent on tutoring. Currently, however, around half of countries do not regulate the practice at all.

Today, less than three-quarters of countries are regulating the number of fees that are charged by private schools, which contribute to the burden carried by households. Most private secondary schools receive at least 80% of their revenue from fees in 28 out of 51 upper-middle- and high-income education systems. In low- and lower-middle-income countries, poor parents employ a variety of strategies to cope with private school expenses. The poorest parents in Kenya and other low- and lower-middle-income countries often have to resort to schools that are unregistered and cheaper but are likely to have poor facilities and offer lower-quality instruction.

Increase efforts to guarantee free, publicly funded access to a year of pre-primary and 12 years of primary and secondary education. Governments need to monitor out-of-pocket education spending with household income and expenditure surveys. Formal payments are often the only ones to which governments pay attention.

They often turn their eyes away from other less well-documented costs that increase inequality, such as private supplementary tuition. The effectiveness of policies that aim to target resources at disadvantaged learners needs to be evaluated and not assumed.

Strengthen government capacity to monitor and enforce regulations. Governments need to build a relationship of trust with non-state providers, encouraging them to register, eliminating arbitrariness in rules, and communicating the right incentives for them to run their schools effectively for learners’ benefit.