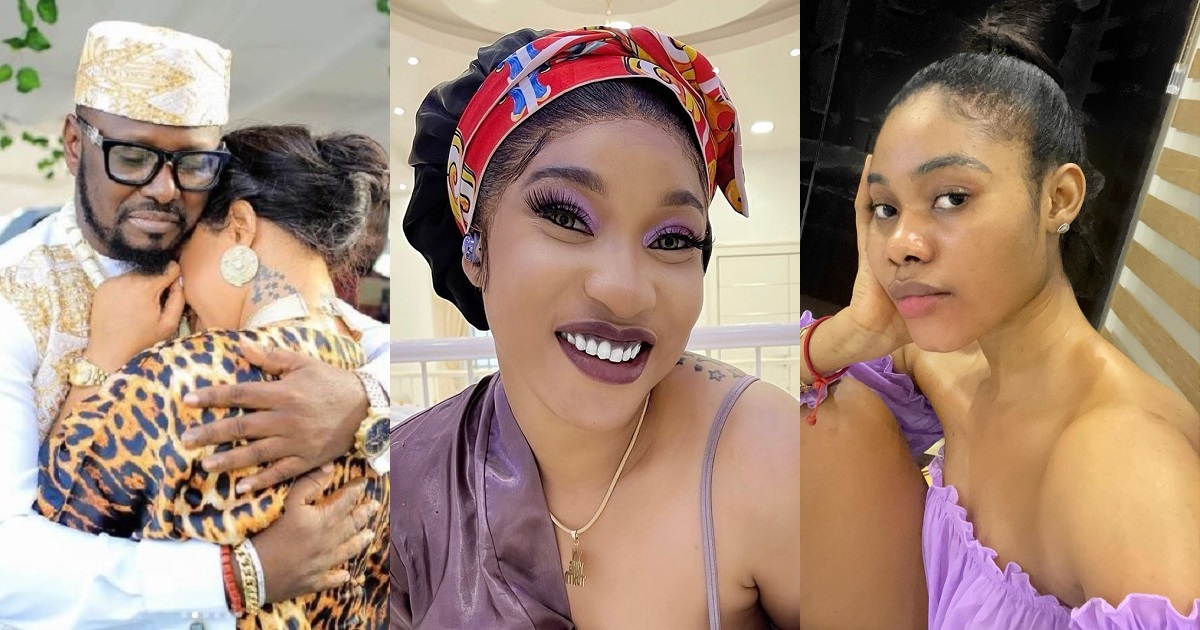 It is getting a lot fiercer and engaging than we expected as Nollywood actress, Tonto Dikeh and socialite, Jane Mena has decided to take their war on social media to court.

Jane Mena declared her intentions to take a lawsuit action against Tonto Dikeh after the latter claimed she had her s£x tape with her ex-boyfriend, Prince Kpokpogri.

As reported earlier, Tonto Dikeh revealed that Prince Kpokpogri had filmed themselves having sekz and had kept the tape of them together.

According to the mother of one, when she discovered that Prince has had several amorous affairs with some Nigerian celebrities, she decided to keep them for future purposes when the need arises and Jane Mena was one of the ladies Prince knocked.

Reacting to this, Jane Mena who obviously was not happy about reportedly issued a defamation lawsuit against Tonto and accused her of tarnishing her image.

Tonto Dikeh in response, however, claimed that the Twerq star has been disturbing her in her dm about the alleged s£x tape and begging her to save her marriage as it is on the verge of collapse. Tonto warned Janema to stop her hypocrisy and face her in court since that is what she wants.

Earlier, Jane Mena who seems not ready to stop the online dragging has claimed that Tonto Dikeh hasn’t seen anything yet as she doesn’t find anyone’s trouble but doesn’t find hers as she’s going to drag her to the filth. Controversial Nollywood actor, Uche Maduagwu seems to have turned a prophet as he claims Tonto Dikeh is going to give birth to twins for him after their wedding.

The loudmouth actor took to social media to dish out a prophecy on what the future holds for him and Tonto Dikeh.

He has been pairing himself with the screen goddess since her break up with immediate ex-lover, Prince Kpokogiri, and recently hinted that he’s destined to wash the actress’s panties.

He claims to be the only man that can make the actress fulfilled in life and people laughing at her will come and congratulate her.

In his words, “Tonto Dikeh is destined to born twins for me after wedding, I am the only man wey fit make am fulfilled for life, She is a good woman No one cooks the Egusi Soup like her.

“All those wey don laugh at you in the past go come back to congratulate you as Iya Ibeji because Jesus is Lord. Sometimes, a good wan has to pass through the valley of 40 seconds and any where belle face minimum wage talkative prince of empty drum to locate true happiness without any P.A to Mrs ambassadors attached.”