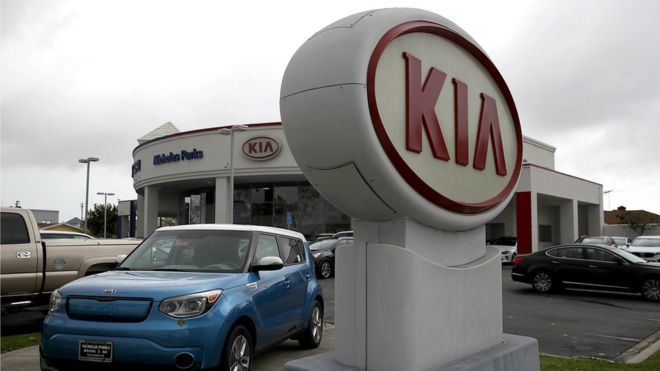 US safety authorities will investigate nearly three million Hyundai and Kia vehicles over fires, in a move which could prompt mass recalls.

The inquiry by the National Highway Traffic Safety Administration (NHTSA) follows thousands of complaints about the “non-crash fires”.

Incidents involving fires are linked to one death and more than 100 injuries.

It raises fresh safety concerns with the South Korean automakers, which have already been subject to US scrutiny.

The NHTSA said fire issues and engine problems have affected around six million Hyundai and Kia vehicles since 2015. So far, only about 2.4 million have been recalled for repair.

The US safety regulator said that while previous recalls of Kia and Hyundai vehicles primarily related to engine fires, the fresh investigation “is not limited to engine components and may cover additional vehicle systems or components.”

Both automakers said they were co-operating with the investigation.

It was launched by the NHTSA after a petition from consumer advocacy group the Centre for Auto Safety.

Jason Levine, executive director of the group, said in a statement it was “long past time” for answers on “why so many thousands of Kia and Hyundai vehicles have been involved in non-crash fires.”

“Hopefully, this step will quickly lead to a recall being issued as soon as possible.

“The reality is that extended investigations do not protect Kia and Hyundai owners – that requires recalls which result in effective repairs.”

South Korean prosecutors are conducting separate investigations into the carmakers over the recalls.