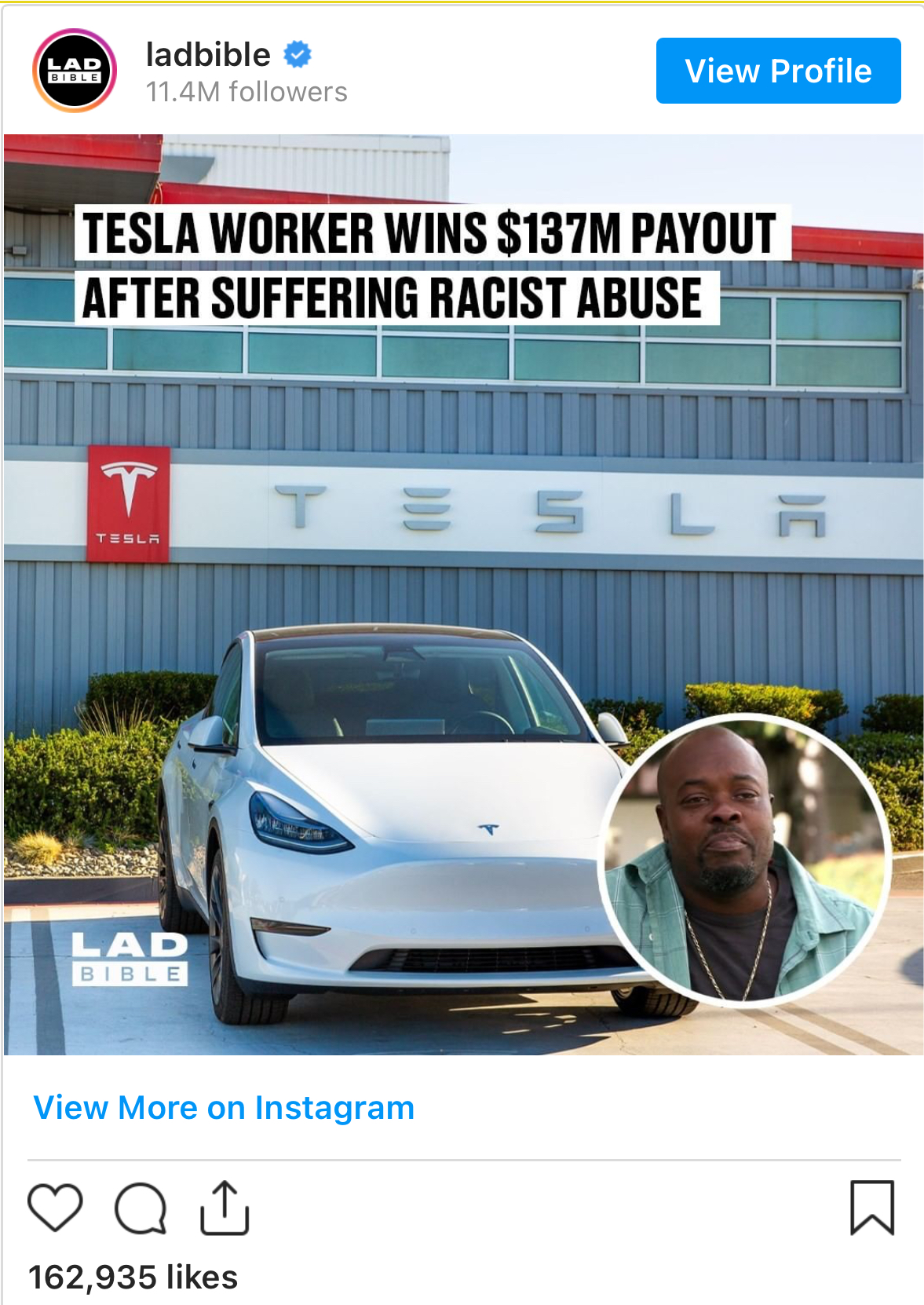 A 52-year-old man, Owen Diaz, who worked as an elevator operator in Tesla, said that he faced racial abuse in the company while he was a staff. While working with Tesla, the man found cartoons that had a bad portrayal of black children. When he told his supervisors, they downplayed it and told him he “couldn’t take a joke.”, Labible reports.

A part of the man’s lawsuit against the company said that Tesla’s progressive posturing starkly contrasts with how shabbily it treats its African-American workers.

After a long four-hour deliberation, a jury finally ruled in his favour. Lawrence Organ, Owen’s lawyer, said that it is a great thing one of the biggest corporations in America is made to face justice for the way it treats black people.

Take millions for your stress.