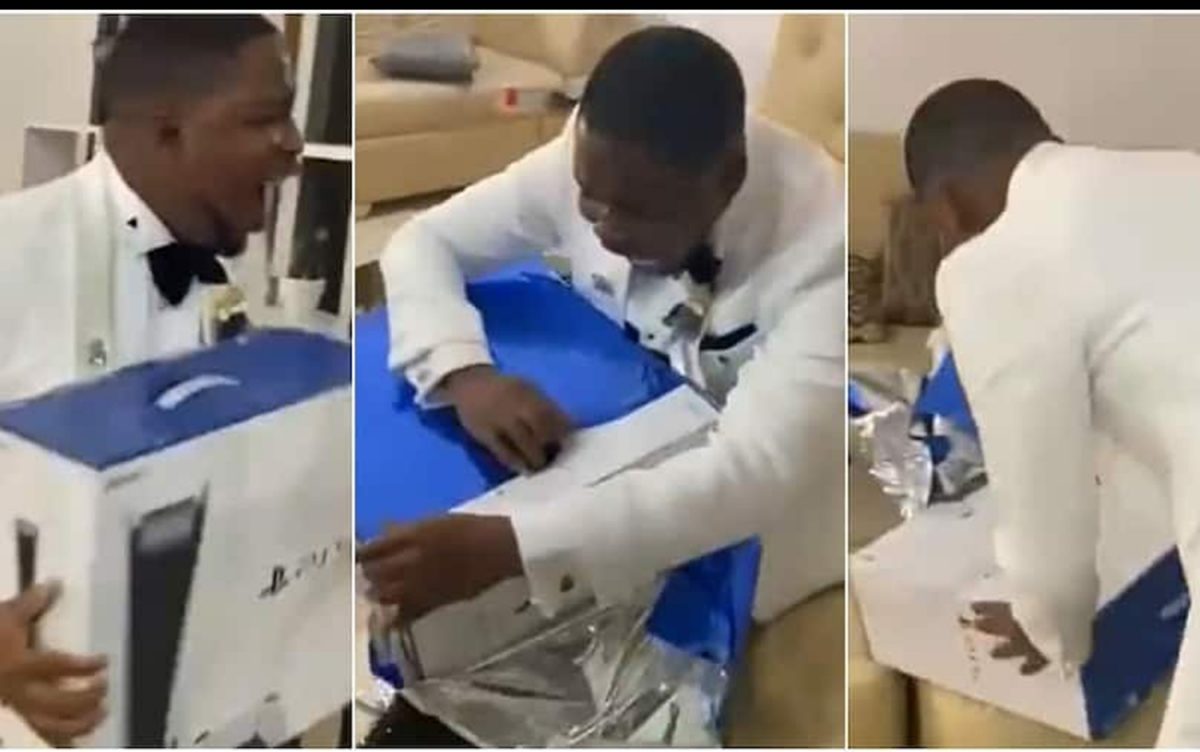 A groom has got people talking on social media with his reaction to the gift he received from his bride on their wedding day. In a video that was shared on Instagram by @bbcnewspidgin, the young man could be seen unwrapping the gift and jumping up in excitement after seeing that it was a PlayStation 5.

The groom’s excitement couldn’t be contained as he screamed joyfully in the adorable video. Cameramen took photos of him as he jubilated receiving such adorable gift from the woman he would be spending the rest of his life with.

Many react Social media users soon flooded the comment section of the post to share their thoughts on it. Many people said they hope he would give his wife more attention than the game. An Instagram user with the handle @chibuezechristabel said: “Nice one but I hope it won’t replace your wife? Hope you’ll still have her time?”

@lolujubril commented: “When a woman understands her man.” @oochy_coochie wrote: “Boys will be boys.” @nkembuonwo said: “It’s a wrong gift, because is goodbye attention for her.” @thekhlimax commented: “I hope somebody’s daughter is seeing this.”