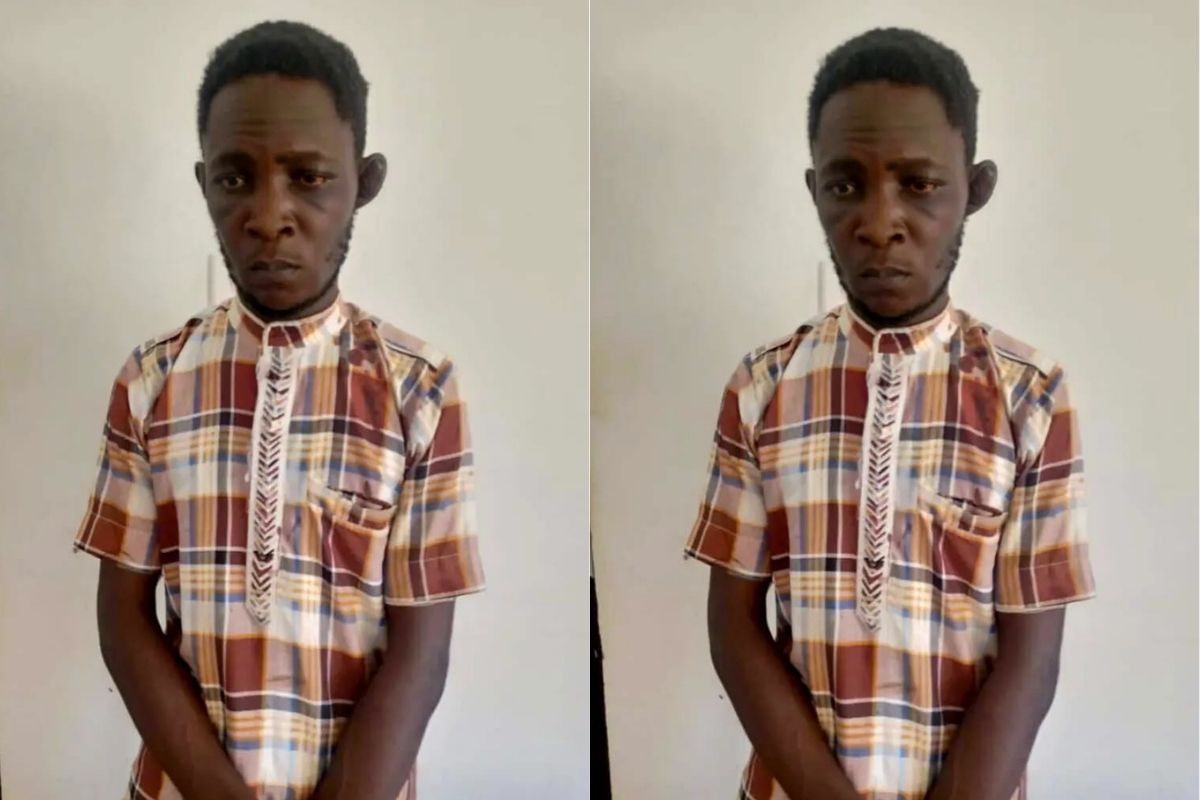 The Intelligence Response Team (IRT) has apprehended a Mobile Technician who kidnapped a 9-year-old student from a private elementary school in Nasarawa State’s New Nyanya region.

Teleheem Kamaldeen, the suspect, was apprehended on Sunday, 3 days after collecting a N1.5 million ransom from the victim’s parent in exchange for his freedom.

During questioning, the 29-year-old suspect admitted to spying on the boy and his parents for two months before kidnapping him.

“I have been monitoring him for two months, waiting for the right opportunity to abduct him. His parents live in the same area with me- New Nyanya. He was always driven  in his parents’ car to and from school,” he said.

“When I got  to the school I discovered that  access into the premises  wasn’t  as difficult as I envisaged. People were going in and out freely while the pupils were playing.

“I walked round until I sighted him among his peers.  I told him his mother had paid me to teach him how to operate computer. He was very happy. He followed me without hesitation. I told his teacher  that I was his computer instructor and that I came to pick him for his class.

“I took him to a hotel, put on my laptop and started teaching him how to operate the computer.  He was glued to  the computer until the battery drained out. By then, it was late and I told him we would continue the next day and that his parents were aware he was with me.

“I put a call to his parents to inform them I had kidnapped  their son. I demanded N4 million for his release. I later agreed to collect N1.5 million after much negotiation and plea from his parents. I instructed them to  drop the ransom in a bush part close to Abuja. When they did, I released their son to them,” he said.

When asked why he ventured into kidnapping, the Oyo State -born suspect said,