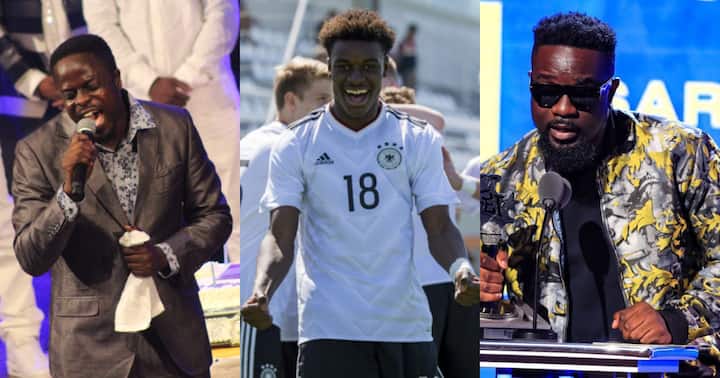 Son of former Ghana coach Charles Kwablan Akonnor, Charles Jesaja Herman Akonnor, has opened up on his love for music. The 21-year-old, who plays for Belgium club, KV Kortrijk, described Ghanaian rapper Sarkodie as a legend and says he loves to listen to old school Ofori Amponsah.

In an interview with Omasports.com, the German-born admitted he loves American music and says Nigerian song are now dominant in Africa.

“I like to listen to Ofori Aponsa. He’s an old school musician. But right now, Migos is my guy. In Africa, Omah Lay and many Nigerian artists doing good music right now, like WizKid, Burna Boy. Of course Sarkodie the legend,” said the budding football.

Ofori Amponsah and Sarkodie are giants in the Ghanaian music industry, with the former dominating the early 2000’s as the latter holds the forth currently.

Charles Jesaja Akonnor was born and raised in Germany, and has spent most of his career as a football at Wolfsburg. He started his football at the club once captained by his father, but had a brief spell at Hannover before returning to Wolfsburg. The highly talented attacker has been a consistent performer for the youth teams of Germany, having played from the U-16 to the U-19. He joined Belgium side KV Kortrijk in the summer transfer window from VfB Wolfsburg in the summer transfer window.